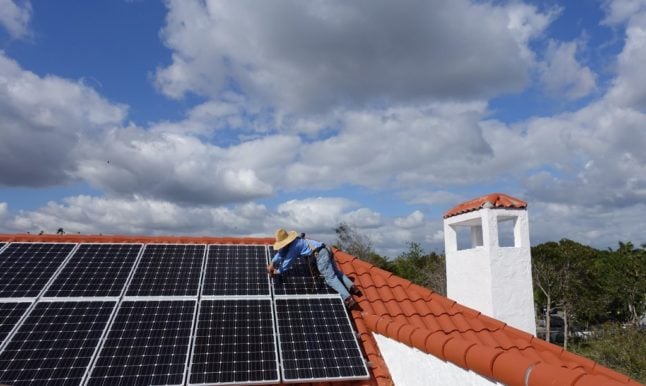 It’s hard to believe that until 2019 Spain was known to experts in photovoltaic energy as the country that ‘taxes the sun’.

Legislation introduced in 2013 by Spain’s then-ruling Popular Party made it compulsory for any individual or company to hook their solar panels up to the national grid to be metered and taxed, or face fines running into millions of euros.

The law was slammed as “stupid” and “ludicrous” in international publications, with Forbes writing: “Spain is now attempting to scale back the use of solar panels – the use of which they have encouraged and subsidized over the last decade – by imposing a tax on those who use the panels”.

Luckily, this controversial ‘solar tax’ is now a thing of the past, after the law was scrapped in 2019 and other measures were introduced to make energy self-sufficiency easier.

This seems to have spurred a ‘solar panel rush’ in Spain, along with the fact that national electricity rates in the country have kept beating records in 2021 and 2022.

The price of electricity in Spain’s wholesale market was set at €544.98 per megawatt hour for Tuesday March 8th 2022, an all-time record for Spain’s energy sector.

One of the smartest ways to stop paying these extortionate prices is by installing solar panels at your home in sunny Spain.

So if you’re thinking of joining this renewable energy revolution while saving money on electricity bills, here’s what you need to know first.

What’s the cost of installing solar panels in Spain?

In the last decade, the cost of having solar panels installed at home in Spain has fallen by 50 to 70 percent on average and the prices continue to fall.

A study by Spanish consumer group OCU ranked the most powerful solar panels on the market, with prices ranging from €260 to €441 per solar panel:

There are of course many more solar panels on the market, some cheaper and some considerably more expensive.

Giving a rough total price is technically impossible as it depends on many factors such as the size and features of your home (which may lead to extra costs) and how many solar panels you will install, whether or not they have a battery to accumulate energy and other characteristics.

According to Spanish website Cronoshare, which acts as a portal where users can compare rates for anything from plumbers to cleaners in their area, the total price paid for solar panel installation in single-family homes in Spain ranged from €2,000 to €10,000.

Labour costs for installations range from €600 to €1,200 and wiring and metering installation can also set you back €1,200.

Ernesto Macías, general director of Solarwatt Spain, estimates the total cost of installing solar panels in a 125sqm family home in Spain is around €6,000.

This is similar figure to that of comparison site Selectra, which in August 2021 reported that the cost of installation in a single-family home in Madrid with consumption of approximately €50 to €60 per month will be approximately €6,000 to €8,000.

There are also grants in certain regions that will cover up to 60 percent of the cost of the solar panel system. Find out from your local town hall (ayuntamiento) if grants are available in your area.

How many solar panels should I install?

Energy price comparison site Selectra states that for a single-family home to be energy-sufficient, at least three solar panels of 320W of power for every 2000 kWh of annual consumption are needed.

But there are other factors at play that could increase this sum, including:

-Your energy consumption profile (your monthly bill will be key to determine the kWph you need and therefore the number of panels).

-The amount of space on the building and its orientation, another important factor to determine the power of the solar panel to install.

-Pre-existing building and wiring features which can play a part in the size and design of solar panels.

-Rates contracted with the electricity company.

Not every rooftop in Spain is suitable for solar panel installation, which has been spurring some homeowners to install them in their own gardens or on the ground, or to team up with other neighbours and have them installed in shared green spaces.

It’s also worth noting that photovoltaic installations last between 25 and 30 years. It increases the value of your house but it may also be worth considering if you’re going to stay there long enough to get a return on investment.

Will my solar panels be connected to the national grid?

In the majority of cases, they are but you are not obliged to by law in Spain. The advantage of being linked up is that you get money back if your solar panels produce excess electricity and if they don’t produce enough energy you can cover your needs by pulling power from the grid.

If you’re not connected to the grid, you’ll logically have to be self-energy reliant at all times and will probably need energy storage systems ie. batteries.

What does the Spanish government say about solar panels?

A Royal Decree published in 2018 and which came into force in 2019 stated how “Spain’s energy system has begun a process of transition towards a new paradigm characterised by decarbonisation, decentralisation of energy generation, electrification of the economy, more active consumer participation and more sustainable use of resources”.

In other words, the Spanish government is no longer ‘taxing the sun’ as it once did and is making it easier than ever for people in Spain to ‘go green’.

In terms of advantages for those thinking of installing solar panels, these are:

1. Elimination of the notorious ‘sun tax’
2. Sale of surplus energy, with the only disadvantage being that the amount deducted cannot be higher than the amount to be paid for the energy consumed, included in the same bill.
3. Solar panels in blocks of flats are now allowed. For this to happen, one-third of owners have to be in favour of the installation.
4. No limits on the amount of power generated by solar panels, which previously wasn’t the case.
5. Simpler bureaucratic procedures, with the main remaining requirement being a certificate of electrical installation and notifying municipal/regional authorities.

Are there any subsidies and tax deductions for the installation of solar panels?

Yes. Spain’s Tax Agency may deduct 20 percent of the amount spent on installing solar panels at your first or second home in Spain, as long as they’re meant for home consumption and not an economic activity. These deductions can be even higher (up to 60 percent) by proving the energy efficiency improvement in a residential area.

Different regions in Spain are also introducing their own legislation to encourage renewable energy development, so make sure to check your autonomous community’s website to find out if there are other subsidies you can benefit from.

There are sometimes even municipal regulations that can cut costs further, such as deductions that apply to the IBI (Real Estate Tax), which can be up to 50 percent in some cases, as well as the ICIO (Tax on Installations and Constructions Works) where reductions can reach 90 to 95 percent of the total.

For example, in 2022 Madrid authorities are offering to cover 30 percent of the cost of solar panel installations of up to €15,000 and  Barcelona and Seville city halls are giving 50 percent IBI deductions for homeowners who install solar panels.

To help you with your search, type in “bonificación paneles solares” or “deducciones paneles solares” and then your town, city or region to find out if there are discounts available for solar panel installations in your part of Spain.

READ MORE: The home improvements you can get a 60 percent tax deduction for in Spain 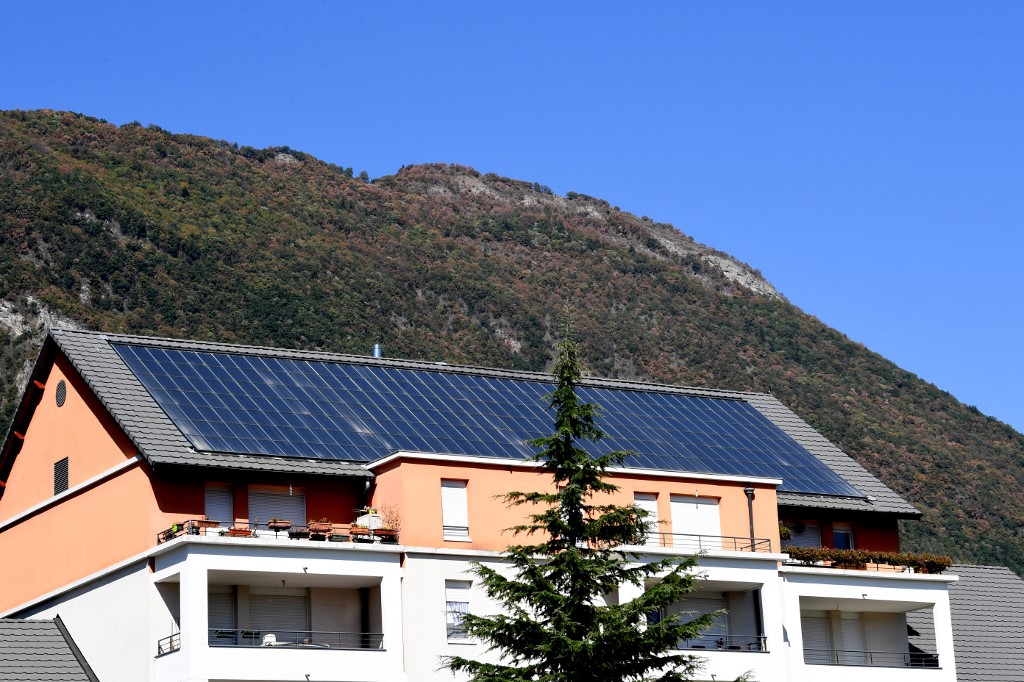 How much can I save on electricity bills if I install solar panels?

A 2022 study by solar panel company Solarwatt found that a family of four living in a 120sqm property in Spain can expect to save around €8,420 in electricity costs over the course of five years, covering the cost of the initial installation in less time than that.

According to Francisco Campos, director of solar panel company Sitecno, the average time it takes homeowners with solar panels to recoup their investment is getting smaller as photovoltaic technology becomes more efficient.

How much money you can save depends on your consumption profile, the quality and positioning of the solar panels as well as other factors.

Energy price comparison site Selectra estimates that for a single-family home in Madrid with an average electricity consumption of €200/month (with time of use tariffs, “discriminación horaria”), solar panels can save €45,000 in bills during their entire lifespan (at least 25 years on average). 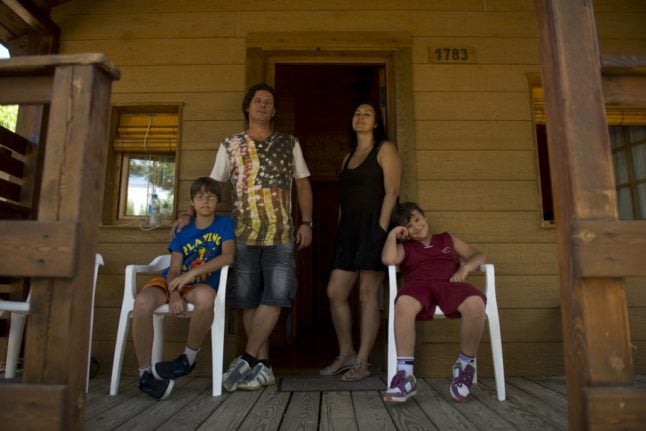 The anticrisis measures, which according to Prime Minister Pedro Sánchez will cost “more than €9 billion”, were published in Spain’s national state bulletin BOE on Monday and will be kept in force until December 31st.

The standout measure is a financial handout – or a cheque as it’s being referred to – that low-income people can claim, although there are other cost-cutting steps that have been taken such as an upcoming discount on public transport in September and a VAT drop on electricity.

READ ALSO: How much can I save on my Spanish electricity bill now that VAT has been cut?

The one-off payment initially suggested by Labour Minister Yolanda was €300, but this has been reduced to €200.

According to Spain’s Tax Minister María Jesús Montero, approximately 2.7 million people in Spain will be able to benefit from the scheme.

Individuals can request the €200 payment, as can families, but only one payment per household is allowed.

What are the requirements to claim the €200 benefit?

It can only be done online via Spain’s Agencia Tributaria tax agency website. The scheme is set to be active in July 2022.

You’ll have to fill out a form with your details by September 30th, including a bank account where you’d like the sum to be transferred to.

If after three months, you have not received the €200 it means that your application has been rejected.

READ ALSO: 25 official matters you can do online in Spain

MONEY
Who can apply for Spain’s €200 crisis payment?