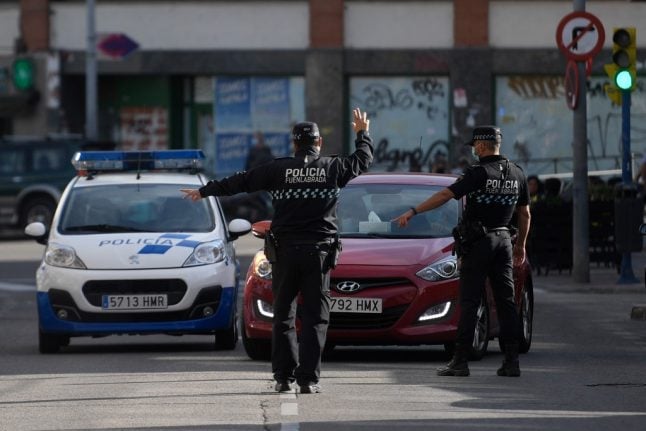 The partial lockdown will affect more than one millionof Madrid’s residents from eight different municipalities across the region after another eight zones were on Friday added to the list of confined areas. You may not have been aware of it but beyond the borders that define municipalities, districts and neighbourhoods, Madrid is also divided into “zonas basicas de salud” of which there are 286 distinct areas established around health centres to serve local populations.

A total of 45 across the region have so far been designated trouble spots, with eight new zones introducing restrictions on Monday 28th September from the 37 that fell under the new “confinement rules” a week earlier.

Without visible borders it is up to each resident to discover the limitations of their “health zone” something which is possible by using the map provided by the Madrid regional government.

These are the zones where the new restrictions apply:

UPDATE: Eight more health zones were added to the list on Friday September 25th with restrictions coming into force from Monday September 28th.

These new zones are:

You can check which “zona basica de salud” covers where you live using the interactive map HERE. How will the new restrictions be policed? Authorities said that a total of 200 municipal officers will be monitoring the Spanish capital, setting up more than 60 checkpoints that will be rotated over the next two weeks.

Shops and restaurants will remain open but at half the capacity that they are normally allowed and they must shut by 10pm.

Plus the within restricted zones parks and public spaces such as playgrounds are closed.

Cinemas, theatres, libraries and sports centres will remain open but limited to 50 percent of capacity.

They can be downloaded HERE. or by clicking through on tweet below.