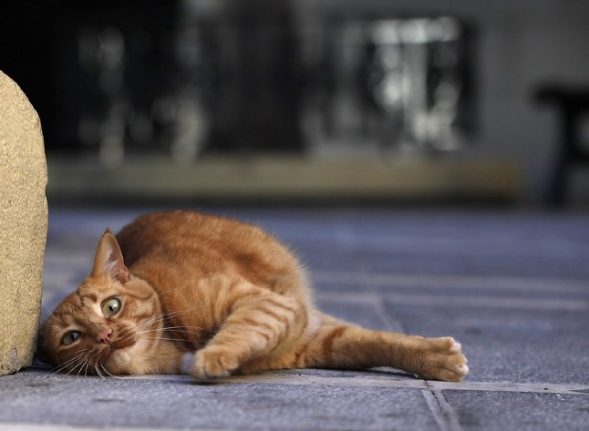 A ginger cat relaxes on a cool tile floor in Spain. Photo: Jenny Downing/Flickr
SPAMA Safor, an animal shelter in the southeastern seaside town of Gandia, had initially thought there were only 96 cats in the flat.
But by Saturday evening, the charity said it had removed a total of 110 cats and urgently needed help to shelter them “at least until they are vaccinated or sterilised”.
The cats had been left homeless after they and their owner were evicted from an apartment in the town measuring 100 square metres (1,000 square foot), they said.
“Apparently the owner took in a pair of cats three years ago and they have been procreating ever since,” Salvadora Tormas, who works with the shelter, told AFP.
SPAMA Safor said it did not have enough space to take them all in as it was already housing some 200 cats.
Tormas said they had collected 48 of the cats on Friday and were going to get the rest later on Saturday with the help of the owner, whom she described as a young man.
“It's a disaster. Someone should have helped this guy,” she said. They had been tipped off by the local authority but had received no help to recover all the animals, she added.
Shelter volunteers were working around the clock to ensure all the cats were all dewormed and were being helped by a handful of other small animal charities, she said.