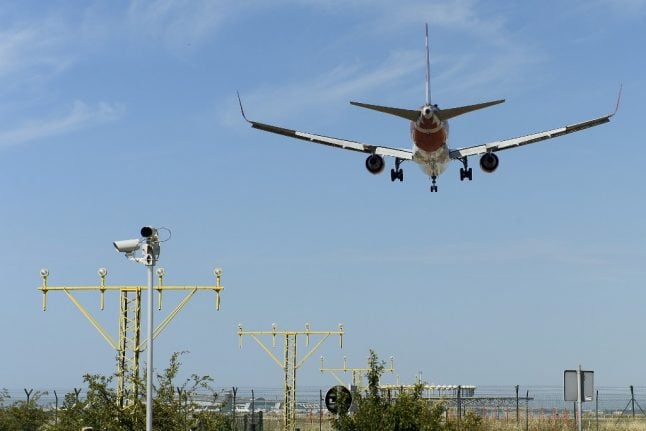 Cast your mind back to before COVID-19 started.

Among all the other things which seem like a dim distant memory now are planes flying in the skies.

I may be wrong, but the booming racket of these polluting monsters is probably not one of the things most of us have missed since the world turned upside.

There are many minuses to life right now, but the silence above us in the skies is in a way a big plus; we can enjoy some peace, especially if, like me, you live close to an airport.

Then again, the lack of planes cross-crossing the world, is another sign of the way our lives have changed profoundly – for now at least.

The fear of coronavirus, quarantines in many European countries for visitors from Spain, and in the case of the UK, the so-called 'rule of six', have put paid to much air travel.

It means we are not getting on a plane for work, to see loved ones or to catch up with friends.

Our worlds have become smaller.

If you are a foreigner living in Spain, this cuts another link with the life you left behind when you decided to up sticks and bring your world here.

Surely, you may say, this is only a temporary blip; all this will get back to normal once a vaccine has been found.

Well, maybe not quite.

Like many other parts of the world's economy, the airline industry has been crippled by coronavirus.

A snapshot of the damage was revealed this week when Alex Cruz, the CEO of British Airways, addressed a committee of the UK parliament .

Just to give some context, BA is the flagship carrier of the UK and its fortunes say a lot about how the industry is doing there.

Cruz said the airline was running at 25-30 percent of its normal flight schedule.

He added that the company needs to cut 13,000 jobs – about 30 percent of its workforce – because the travel market will take years to recover to pre-pandemic levels.

“We're still fighting for our own survival,” Cruz said. Airlines for Europe, an industry group representing airline companies across the continent, urged national governments to coordinate measures to limit the spread of coronavirus.

In August, passenger traffic was about 30 percent of its level a year ago, according to A4E figures.

Other airlines, like Easyjet, have had to offer their pilots seasonal contracts to stave off job cuts.

The airline industry has thrived in recent years on the world's appetite for cheap travel as we took advantage of low prices to enjoy weekends away.

Doubtless, the weaker players in the business will go out of business, inevitable casualties of the way the coronavirus is dealing a hammer blow to economies everywhere.

So, will this change the way we live – at least in the short term? Most probably, but it will not be all that bad.

If we don't want to take the risk of sitting next to people on a plane for a couple of hours, it could encourage us to get behind the wheel and explore the country where we live.

With little appetite or opportunity to fly anywhere, almost everyone I know drove somewhere to spend their holidays this summer.

Of course, I would have loved to have flown to Scotland but instead I went to travel around the Basque Country.

It was not that different; green, rainy at times but with more chance of sun than the Highlands, so definitely a plus. One friend embarked on a marathon drive to the south of Spain at the height of the summer heat, arriving in Cordoba when thermometers hit 40C.

Somehow she managed to find the only restaurant in town without air conditioning.

Other people I know just followed their noses and ended up in driving all over northern Spain from Cantabria, to the Basque Country and onto Aragon.

Of course, not seeing family and friends for months has been tough, it has to be said.

No doubt many of us have already thought travelling home for Christmas looks less and less likely the way coronavirus cases are rising across Europe.

One friend said they were not travelling anywhere until a vaccine had been found.

Perhaps as we head towards autumn and the COVID-19 situation looks like it is worsening, the only option is to be more innovative.

This is the moment to try doing things we have never done before closer to home.

I have been walking at night looking for shooting stars, discovered nature trails I had forgotten all about, and persuaded a friend to take us out on a speed boat.