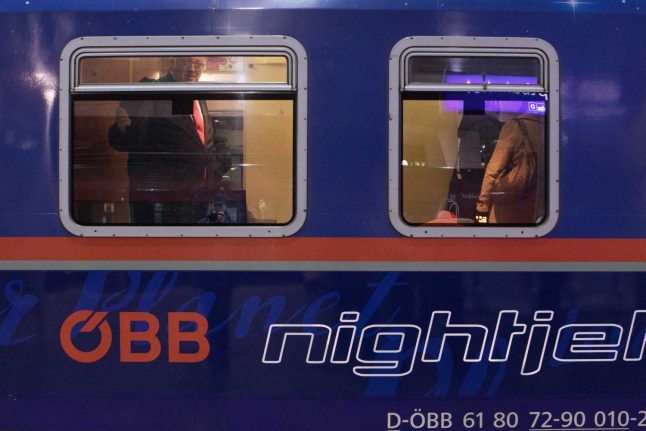 Currently boasting six lines, the network will be expanded to ten lines linking Switzerland with major destinations in the Netherlands, Spain and Italy.

Known as the ‘Nightjet’, it is the largest night train network in Europe, reports Swiss daily 20 Minutes.

The expansion plan is a joint effort between the SBB and Austria’s federal railway body (ÖBB).

The first expansion step will begin in 2021 and will link Zurich, Basel, Frankfurt, Cologne and Amsterdam.

REVEALED: Where are Switzerland’s best and worst train stations?

Leipzig and Dresden will be added on the connection between Berlin and Prague from 2023.

The expansion will also involve the construction of new trains.

“We are investing in new trains, 13 Nightjet sets of the latest generation will be in use from the end of 2022”, said Andreas Matthä, CEO of ÖBB, in a press statement. This is how Europe's Nightjet train service will operate from 2024. Image: SBB

With financial support from climate funds

The money for the expansion came from the Swiss Climate Fund, with parliament in early September approving the expansion.

The SBB has emphasised the environmental benefit of night trains in comparison with other modes of transport.

“Night trains have a clearly demonstrable impact on the climate, as they shift travel from planes, cars or buses to trains,” the SBB said.

According to calculations completed by the SBB, an approximate 50,000 tons of CO2 will be saved by using night trains – approximately 30,000 cars.

“This development is sustainable and the demand for environmentally friendly and resource-saving mobility will continue to grow,” Ducrot said.