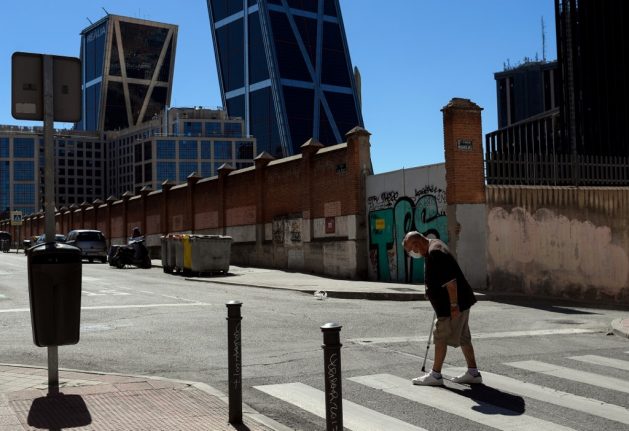 The region's deputy health chief, Antonio Zapatero, said the restrictions would involve limitations on the size of gatherings and well as of people's movements and they will be announced by the end of the week.

We don’t yet know the exact answer to that but it is easy to see which are the hardest hit zones in the capital.

“The highest incidence levels are still currently in the south of Madrid,” Zapatero said without naming which neighbourhoods might be affected.

The average incidence of the coronavirus in the last 14 days across the Madrid region came in at 651.50 cases per 100,000 inhabitants.

Several working class neighbourhoods in southern Madrid and satellite cities south of the Spanish capital have recorded in the last two weeks 700 Covid-19 cases or more per 100,000 inhabitants.

San Blas-Canilejas and Madrid Centro are the only other districts which have both recorded a rate above 750 cases per 100,000.

The interactive map below shows the rate of each of Madrid’s districts.

Will it be a lockdown as strict as the first one?

When Spain declared a “state of national emergency” back in mid-March, it declared a national lockdown that became the strictest in Europe, confining residents to their homes and only allowing them out to buy supplies and make essential visits to dependents and to seek medical care.

It seems unlikely that such a strict lockdown would be imposed and more likely that residents in the worst hit neighbourhoods would be confined to their own districts and meetings limited.

“We talk of ‘confinement’ because that is a term already familiar,” he explained adding that it would be more like a “restriction of movement” than people being confined to their homes.

But no exact details have yet been given. Zapatero was asked whether schools in the confinement zones would be forced to close but would not give a definitive answer.

“We are reflecting on it,” he said.

A total of 178 classes in schools across the entire Madrid region have been suspended and students placed in quarantine according to the latest data on Wednesday morning.

“This is 0.5 percent of the total, given that we count on a total of 35,000 classrooms,” Zapatero explained.

Are hospitals at crisis point then?

In the Madrid region 21 percent of hospital beds are occupied by Covid-19 patients, more than double the national average which stands at 8.5 percent.

Medical staff are insisting the region is heading once again towards a health crisis.

On Tuesday hospital staff protested against what they said was a lack of support from regional health authorities, and also called for better working conditions.

“We have a human problem. If health workers are already starting to get sick in September, we don’t want to imagine what it will be like in December,”  ICU nurse Victor Aparicio told Reuters outside Madrid’s Gregorio Maranon hospital.

What are the current rules? In August the regional government of Madrid had already advised residents in areas with a high level of infections to stay at home and avoid unnecessary trips and meetings but this has not stop Covid-19 cases from rising.

Spain on Tuesday surpassed 600,000 confirmed cases of the virus and 30,000 deaths from the respiratory disease, one of the world's highest tolls.

Current restrictions in Madrid limit meetings in public and private to 10 people if they do not live together. Limits have been placed on the capacity at religious sites, cemeteries and funeral homes to 60 percent of the usual level, as are weddings, baptisms and communions.

Meanwhile in the hosterlry sector, occupation of counters in bars is limited to 50 percent of capacity, while chairs in restaurants and other establishments must be placed at least 1.5 meters apart.

When will new restrictions come into force?

Again, the answer is vague. The exact restrictions and where they will be imposed will be announced “over the weekend” and would take effect “immediately” according to Zapatero. 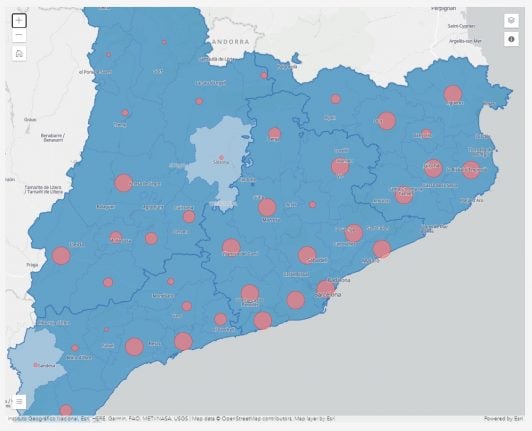 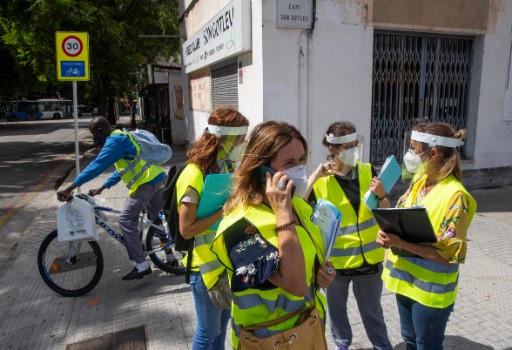