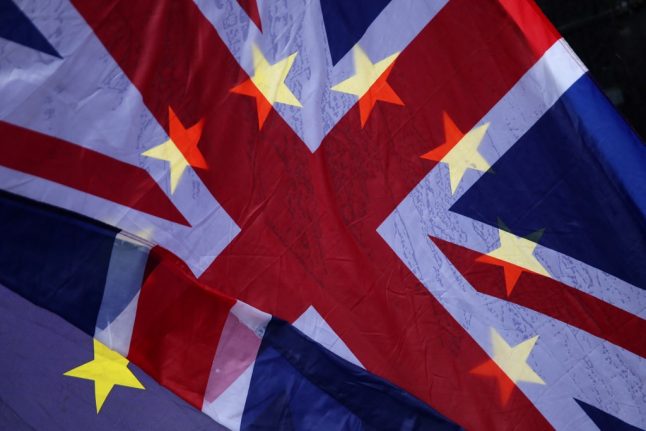 There have been many days since the Brexit referendum when I’ve felt like I was doing a dance, with unfamiliar steps.

One day, it was the Brexit Hokey Cokey – in, out, shake it all about. The next, it was the Withdrawal Agreement two-step – one step forward, two steps back, spin around till you’re dizzy and confused.

Anyone worried about their rights after Brexit will be familiar with those feelings of confusion, fear, anxiety and exasperation.

It seems that, as soon as we start to believe that our rights are secured, the actions of the British government throw everything out of the window.

During a week when we hoped for some progress in the Brexit negotiations, the UK government dropped a bombshell in the shape of the Internal Market Bill. Long story short, the government is unhappy with the contents of the Withdrawal Agreement (WA) and is aiming to break its international treaty commitments. Not to worry though – it will do so in a “specific and limited way”.

Despite insisting that the WA was an excellent deal, requiring little or no scrutiny from parliament, the government has now read the small print. It seems that many Conservative MPs only voted for the deal on the understanding that they could unravel it later. This is exactly what the government is trying to do now. Having signed the deal and winning an election on the back of it, the prime minister is reneging on his international treaty commitments.

Unsurprisingly, the EU’s reaction was swift and robust. Following an “extraordinary” meeting of the EU-UK Joint Committee, EU Commission Vice President, Maros Sefcovic, said: “The timely and full implementation of the Withdrawal Agreement, including the protocol on Ireland/Northern Ireland – which Prime Minister Boris Johnson and his government agreed to, and which the UK Houses of Parliament ratified, less than a year ago – is a legal obligation. The European Union expects the letter and spirit of this agreement to be fully respected.” He went on to say that undermining the international treaty would risk the ongoing negotiations.

The EU also demanded that the UK government withdraw aspects of the bill that override the WA, giving them until the end of September to rectify the situation. Failure will risk termination of the negotiations and the prospect of leaving the EU without a trade deal. The UK government is continuing to play down its plans, claiming that it merely wants to tie up loose ends. The outrage expressed in Westminster, including from Conservatives in both houses of parliament, would suggest that some politicians see the situation differently.

What this means for Brits in Europe is further uncertainty. Just when we believed we could relax and feel secure, the next spanner has been thrown into the works.

Both the EU and the UK have been keen to reassure British citizens about their situation. In a meeting with the British Embassy on Friday, I was assured, by consular staff, that British and Spanish governments are committed to the WA, and to protecting our citizens’ rights.

Under the terms of the WA, the rights of British citizens in Europe are not the direct responsibility of the British government. The protection of our WA rights, as legal Spanish residents, rests with the Spanish authorities.

However, the latest UK government plans – to renege on international treaty commitments – have sent shockwaves throughout the British community. Even though the British government is not directly responsible for the protection of our WA rights, the question still arises about the potential ramifications of the UK government’s actions.

If all else fails, the EU would be entitled to suspend its own WA commitments – except the parts relating to citizens’ rights. So, whatever happens, the EU has a legal obligation to protect our rights as British citizens in Spain – an obligation we can trust in its hands.

Spain has also taken its responsibilities to British citizens seriously throughout the Brexit process. Measures were implemented last year – namely the Royal Decree – to ensure that our rights were protected, even with a no deal. I have no doubt that the Spanish authorities would take further steps to protect us, should the need arise.

It remains to be seen whether prime minister, Boris Johnson, will get his own way, and manage to undermine the WA and trade negotiations. If the British government’s idea of “taking back control” is to break the law and renege on its commitments, who will ever trust Johnson again?

We can only hope that the great British “common sense” that Johnson is so fond of will finally prevail. If that fails, we’d better keep practicing those dance steps!