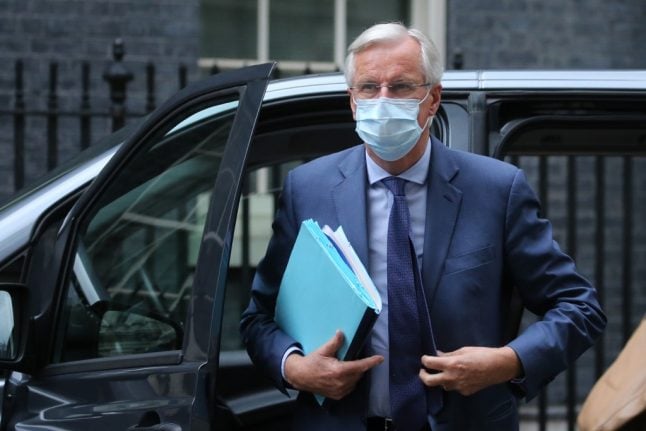 “Everything that has been signed must be respected,” Barnier told France Inter radio, in response to a Financial Times report claiming British Premier Boris Johnson wanted to revise agreements on Northern Ireland and state aid.

Barnier said he would discuss the report with his British counterpart David Frost during an eighth round of negotiations on a future trade deal this week.

Regarding Northern Ireland, Barnier insisted that under the withdrawal deal it will continue to apply the EU's single market rules, intended to avoid a “hard border” with Ireland but which would effectively create a trade border in the Irish Sea.

The move is meant to avoid reviving sectarian tensions between Ireland and Northern Ireland that were largely calmed by the Good Friday Agreement of 1998.

Talk of changing the Withdrawal Agreement has naturally prompted concerns among Britons in Europe and the citizens rights groups.

This is on the lips of thousands of Brits in the EU. We have seen no mention of opening the Citizens' Rights chapter and have to hope that, with only 3 months left of transition and many implementation processes still not known, this does not cause further delay or confusion. https://t.co/y7uJprzVdW

Johnson said Sunday that a trade deal with the EU must be reached by October 15, in order for it to be in force by the end of this year.

“If we can't agree by then, then I do not see that there will be a free trade agreement between us,” he said in a statement released by his office.

Britain formally left the 27-member bloc on January 31, but remains bound by EU rules while it tries to thrash out new terms of its relationship.