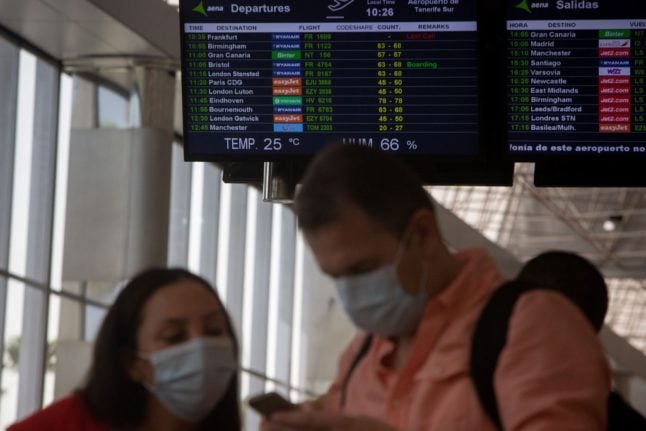 UPDATE: From November 23rd travellers arriving in Spain by sea or air will also have to present a negative PCR test taken within 72 hours prior to arrival. READ MORE HERE

Spain has adopted measures in line with EU recommendations which means there are effectively no restrictions on those travellers arriving in Spain from EU/UK/ EEA countires providing that those who travel from a high risk country present a negative PCR test.

Travel within the European Union resumed in June, and since July 1st visits to Spain have been possible from some countries outside Europe and with no requirements to quarantine.

Which countries are allowed to travel to the EU?

The EU allows free travel within all 27 member states, as well as a handful of their neighbours: the non-EU members of the visa-free Schengen Zone – Iceland, Norway, Switzerland and Lichtenstein; the microstates Andorra, Monaco, San Marino and the Vatican; and the United Kingdom, which is still in the transition phase of exiting the EU.

Outside of these countries, the EU has opened up its external borders only to placeson its regularly revised 'safe' list. Residents of these countries can travel freely to the EU for any reason, including tourism.

The latest version of the list – updated on August 7th – has 10 countries on it. They are:

Spain has also added those countries that have established a policy of reciprocal acceptance and these are:

Which countries are banned?

Countries with high Covid-19 rates such as the USA, India and Russia are not on the list as well as most central and south American countries. Residents of these and most other countries can only travel to the EU for essential, urgent reasons.

But Spain will make an exception for those with student visas who can arrive within two weeks of their study commencing and who have valid health insurance.

If you travel to, or transit, Spain and are not admitted, you will be placed in immigration detention for up to several days, until a flight on the same airline becomes available to take you back to your point of origin.

What does this mean for people wishing to visit Spain?

Firstly, the travel rules are based around where you are coming from, not what passport you hold. So a non-EU citizen travelling from France, for example, would be permitted to enter Spain because there are no health restrictions on the French-Spanish border.

Secondly, this does not affect non-EU citizens who are permanent residents of Spain, although they will need to show proof of residency at the border.

Essential travel has been permitted throughout the lockdown and this continues, although the definition of essential travel into the EU is stricter than many countries' individual rules.

What is essential travel?

People who can travel into the European bloc include:

Who has to quarantine? Spain ditched the requirement for mandatory quarantine of anyone arriving in Spain at the end of June.

Does Spain require a Covid test from travellers on arrival?

Yes, from November 23rd travellers arriving from 60 countries considered “high risk” will need to present a negative PCR test result taken within 72 hours prior to arrival  in Spain, presented in either English or Spanish in  paper or electronic format. Travellers arriving by air or sea will be required to have this test before embarking on their journey. No such requirement is demanded at land borders.

READ MORE:  Which travellers must show negative Covid-19 test on arrival in Spain?

In addition to the nationwide requirement to provide a negative Covid-19 PCR (swab) test on entry to Spain, all travellers aged 6 years and over to the Canary Islands (including those from mainland Spain) must present a negative Covid-19 test when checking-in to regulated tourist accommodation.

Curfew and other restrictions

Remember there is a nightly curfew in place across all of Spain apart from the Canary Islands that means people must be at  home and not on the streets either driving or walking unless they have a justified reason to do so.  The curfew starts at wither 10pm, 11pm or midnight depending on the region's rules.

The other restrictions that may be in place differ from region to region, from the closure of restaurants and bars to the limits on social meetings.

Many parts of Spain have perimetral confinements in place, effectively blocking travel across regional borders or some municpalities and you can only do move around if you meet certain criteria.

In Spain each region has set its own rules but they broadly that you are only allowed cross confinement zones to go to work, for the purposes of study, to seek medical care or because you have to care for dependents (children, disabled or elderly).

Rules also allow exceptions for a legal process, administrative appointment and there is also a “force majeure” clause.

In addition to these, people who are permanent residents in Spain are always allowed to return home.

If where you are in Spain is within a municipality or region that has perimeter confinement restrictions in place then you will need to be able to prove a justification for crossing borders.

There is no official government form as such but you must be able to show proof that you are returning to your primary residence.

When will the rules change?

Check the latest on travel to the EU HERE

Spain could introduce new rules on arrivals as the situation changes so check official travel advice before you travel.

Countries were included on the safe list if the coronavirus outbreak in the country was judged to be the same or better than that EU average.

For more information, check Spain’s official tourism website Spain.info and the Spanish embassy page in the country from which you will be travelling as well as the latest advice from the government of any countries you're travelling to or from.

Please note: The Local is not able to advise on specific cases. Contact your embassy for official guidance. 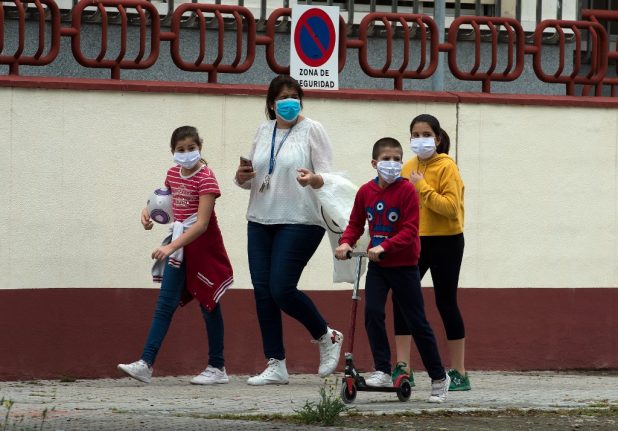 EDUCATION
Back to school: How Spain is battling to keep its students safe 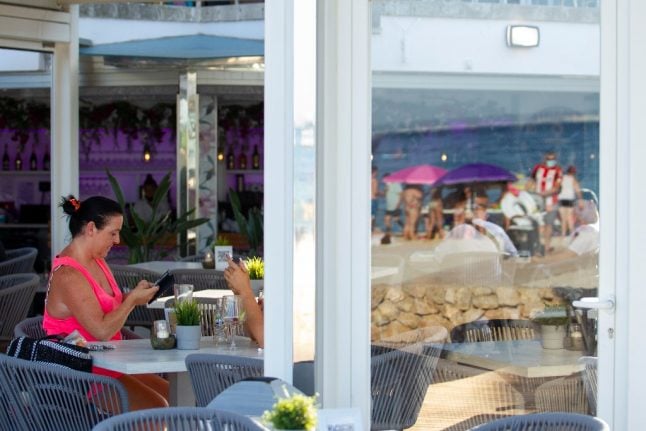 APP
Radar Covid: What you need to know about the app Spain says you ‘must’ download

EDUCATION
Back to school: How Spain is battling to keep its students safe

APP
Radar Covid: What you need to know about the app Spain says you ‘must’ download
Url copied to clipboard!