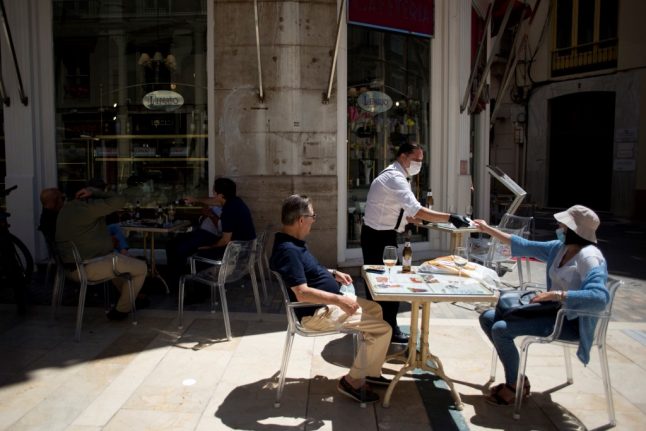 Governments and medical professionals might have game-planned potential pandemic scenarios, but the general public were living in ignorant bliss. The shock, when it came in March, was scary and dramatic, and on an unprecedented scale.

When the worst appeared over, and safety measures were relaxed, our relief was tinged with caution, and lots of unanswered questions. Was it safe to go out? Would there be a second wave? Would life ever return to normal?

Covid aside, retirement in Spain has been everything I could have hoped for, and more. Although the rise in new Spanish cases has been alarming, we’ve been relatively virus free in my usually quiet corner of the Costa Azahar.

Being retired during lockdown has provided some relief. I’ve avoided concerns like earning a living, or worrying about job security, and the restrictions have affected me less than the younger, more social animals.

Recent changes to safety measures, such as the closure of nightclubs, or the “early” closure of restaurants and bars at 1 am have not affected my life one iota.

Like everyone else, I have missed my family and friends, but not eating out is not a hardship, and the shopping restrictions have ensured my bank balance, at least, is healthier.

Regardless of age or personal circumstances, the recent rise in infection rates in Spain concerns us all.

The European Centre for Disease Protection and Control recently reported that, over a 14-day period, Spain had 152 cases per 100,000 inhabitants, making it the highest rate in Europe, ahead of Malta on 119. More worrying still, the figure for new cases in Madrid is over 300. According to Fernando Simón, Director of the Health Ministry’s Coordination Centre for Health Alerts, the ministry did not expect to “see these rates of infection until the autumn”.

Experts are unclear as to the reasons for the increases but have cited a variety of possible causes. These include a lack of contact tracing, de-escalating lockdown measures too soon, a lack of public compliance to safety measures and the impact of increased mobility and tourism.

With the new cases come renewed concerns for the health and the wealth of the country. We hope the first wave will have taught governments everywhere some important lessons on what they did well and what they did badly. It seems unlikely, for now at least, that a national lockdown is on the cards for Spain, but local lockdowns could become a regular tool in the Covid armoury. There are already signs of additional measures being put in place in some regions.

Despite 26,000 new cases per day being reported on average across Europe, the World Health Organisation (WHO) said on Thursday that the authorities are better prepared this time round. With the knowledge gained during the first wave, the WHO suggested that Europe can combat Covid without the necessity for further, full lockdowns.

Whatever the measures needed to combat this terrible disease we have little choice in the matter. Any future precautions will require further sacrifice and compromise. Some measures we will adhere to gladly, for the sake of our health, our families, and the wider community. Other measures will prove more difficult and will be obeyed with less good grace.

We don’t yet know how the virus will progress, how it might mutate, or whether previously infected people will be immune from further infection. No government will ever do everything right, not even at their second attempt. We can only hope they will learn valuable lessons to prevent as many cases and deaths as possible. Let’s hope that we, likewise, have learned how to behave responsibly and reduce the risk.

As a non-working, non-smoking, non-clubbing, home-cooking pensioner with a garden, I’ll do my best to deal with any sacrifices required and be grateful that compared to many, I have it relatively easy.