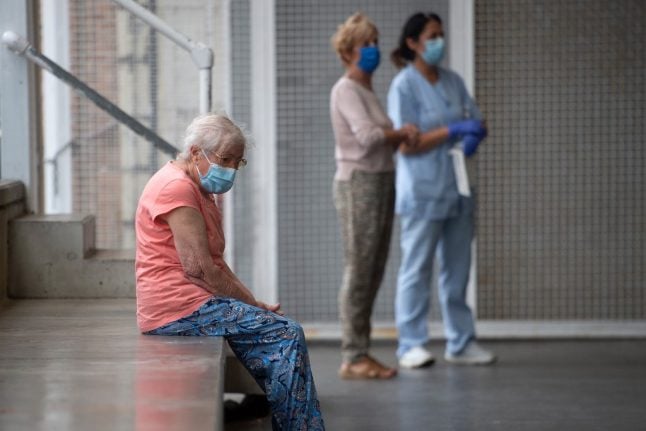 On Thursday the region in northern Spain recorded 724 new cases within 24 hours which surpassed even the highest figure recorded in the region at the peak of the crisis there on March 25..

The Basque regional health minister confirmed that the region, which declared a state of emergency earlier this week, was in the grip of a second wave and called for stricter control of children in a bid to curb the spread.

Urging people to limit their social interaction and act responsibly Nekane Murga urged parents to “limit interaction between the little ones in public spaces such as swimming pools, parks beaches and plazas.”

“The key is to create small social groups, limited bubbles in which we can live and enjoy ourselves but not create the opportunity for the virus to spread to reach new groups and new people,” she said on Friday.

She warned that families had to act now. “September is going to be a complicated time,” she warned.

Meanwhile Madrid registered more than a third of all new cases nationwide on Thursday with 1,020 new cases overnight according to the Ministry of Health figures released on Thursday.

Authorities in the capital are warning that there may be a new restrictions to limit the number of people able to meet socially in the Madrid region and possibly even a restriction of movement.

Spain now counts 130 virus cases per 100,000 people, a much higher level than that of its EU neighbours — the figure for France being 43 and just 17 in Germany.