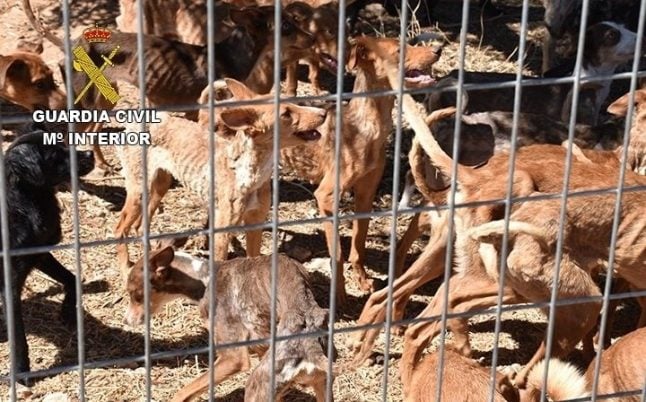 Officers from Spain's Guardia Civil police force raided the farm near the town of Quintanar de la Orden in the central province of Toledo on Sunday after receiving a complaint from an animal welfare association, a local police spokeswoman said.

“Thanks to this information it was possible to save the lives of 41 dogs who displayed serious symptoms of malnutrition, organic deterioration, physical weakening and dehydration,” police said in a statement released on Tuesday.

All the dogs are now in the care of various animal charities, awaiting a court decision on their fate.

Police charged a woman who lived at the farm with animal abuse after taking her in for questioning.

“It is not clear why she had so many dogs which she kept in such terrible conditions,” the police spokeswoman said.