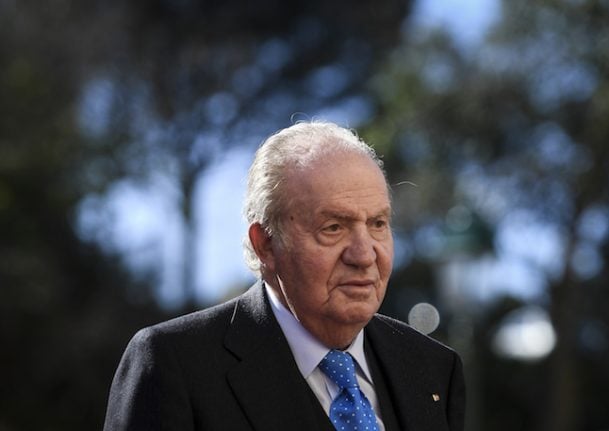 With his Swiss bank accounts under investigation in Geneva and Madrid, the 82-year-old announced Monday he was leaving Spain to prevent his personal affairs from undermining his son King Felipe VI's reign — a move many analysts said may not be enough to revive the monarchy's fortunes.

State pollster CIS stopped measuring the popularity of the monarchy in 2015, after it dipped into negative figures following years of scandal.

But private polls show Spaniards are roughly equally split over whether their country should remain a monarchy or become a republic.

“The institution is in a very fragile situation,” Lluis Orriols, a political science lecturer at the University Carlos III of Madrid, told AFP. Just two decades ago the monarchy was Spain's most respected institution but it has ceased to generate consensus and instead “sparks ideological confrontations”, he added. Unlike long-lived royal households elsewhere in Europe, Spain's monarchy “can't appeal to tradition” because the nation has centuries of practice at disposing of its monarchs, said Jaume Claret, a history professor at the Open University of Catalonia.

Two other former monarchs exiled themselves – Isabella II in the 19th century and Alfonso XIII in the 20th – while other reigns were disrupted by wars or replaced by short-lived republics and dictatorships.Most recently, General Francisco Franco re-established the monarchy after he took power following Spain's 1936-39 civil war.

Juan Carlos was lauded for helping Spain transition to democracy after Franco's death in 1975.

But a steady flow of embarrassing media stories about his past lifestyle and personal wealth have eroded his standing in recent years.

He abdicated in 2014, two years after he apologised to Spaniards for jetting off on an elephant-hunting trip in Africa with his mistress as Spain grappled with a financial crisis.

Juan Carlos' son King Felipe VI has since taken steps to improve the monarchy's image, such as imposing a “code of conduct” on royals.

Earlier this year he stripped his father of his allowance after new details of allegedly shady financial dealings emerged. 
While polls now show that a majority of Spaniards want a referendum on the future of the monarchy, Spain's 1978 constitution makes it virtually impossible for Spain to become a republic.

Two-thirds of the new parliament would have to ratify the same motion before it would go before the Spanish public in a referendum.

The monarchy has “armor-clad” protection in the constitution, said Alberto Lardies, a journalist who has written several books about the Spanish monarchy. And Spain's two main parties, the Socialists and the conservative Popular Party, both back the monarchy, he added.

The institution is also “superprotected” by the media, which for decades cast Juan Carlos in a positive light and is now treating his son Felipe the same way, Lardies said.

Luis Placios Banuelos, a history professor at Madrid's  King Juan Carlos University, said those who oppose the monarchy “lack power and the ability to influence to change the situation”. But he added that that does not mean that the royal woes won't be harnessed by “populists and separatists”.

Far-left party Podemos, the junior partner in Spain's Socialist-led coalition government, and separatist and nationalist formations in Catalonia and the Basque Country have been highly critical of Juan Carlos.