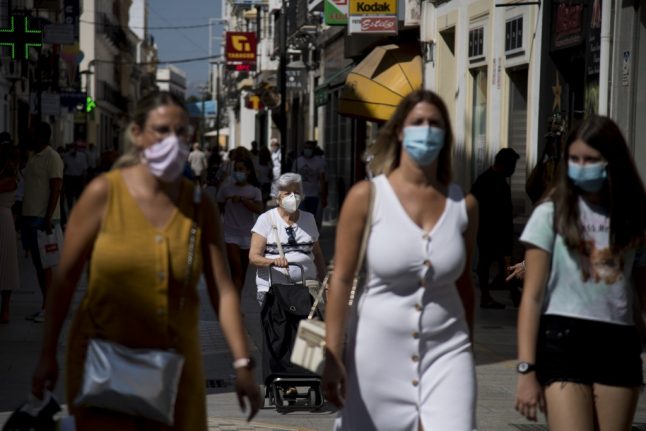 Spain’s Covid-19 infections increased by 594 on Wednesday up to 1,772 new cases, the highest daily figure since Spain ended its state of alarm on June 21st.

In fact, the figure is comparable to daily infections seen during the first month and a half of the pandemic when the country was under full lockdown.

The most pronounced rise was in Madrid, where almost a third of all of Spain’s new infections were on Wednesday (539), although Aragón was once again the region with the most daily cases (614).

Catalonia (146), the Valencia region (89) and Andalusia (85) made up most of the other infections reported by Spain’s Health Ministry on Wednesday.

READ MORE: Does Aragón have the highest Covid-19 infection rate in Europe?

Wednesday’s recount doesn’t include cases from Castilla y La Mancha and the Basque Country as their regional authorities didn’t supply the daily data.

Spain has now reported more than 302,000 Covid-19 infections since the start of the pandemic, which puts it only behind the United Kingdom (306,000) in terms of the country with most infections in Europe.

With Wednesday’s figures, the recount of new Covid-19 cases for the past two weeks in Spain now stands at 10,498.

There have been 636 hospitalisations in the past week, 38 patients admitted to the ICU and 25 deaths.