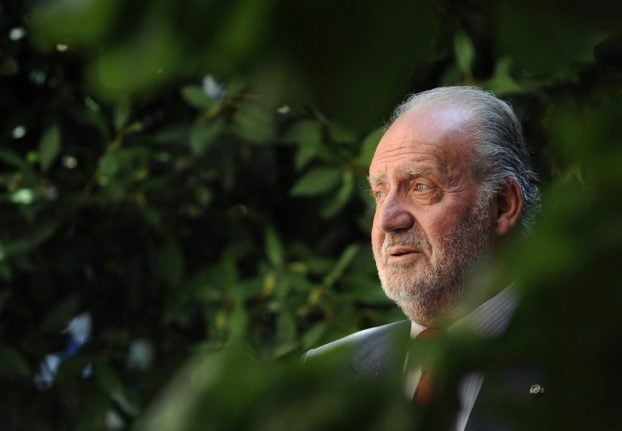 The 82-year-old revealed he would leave the country in a letter to his son, the current King Felipe VI, who accepted his decision and thanked him, the royal palace said in a statement on Monday.

“Guided by the conviction to best serve the people of Spain, its institutions, and you as king, I inform you of my decision at this time to go into exile outside Spain,” Juan Carlos wrote.

The letter didn’t include however where the corruption-hit king was intending to go.

There are different reports in the Spanish press, placing him either in Portugal or the Dominican Republic.

Portuguese news sources have said the former Spanish king has been spotted in the coastal town of Estoril in Cascais, a luxury destination on the Portuguese Riviera.

This is also where a young Juan Carlos spent most of his childhood while his parents were in exile during Franco’s dictatorship.

Cascais municipality has not confirmed the arrival of the embattled monarch but Estoril mayor Carlos Carreiras did announce last week that they would receive Juan Carlos “with open arms”.

However, Spanish daily ABC has reported that Juan Carlos only stopped over in Portugal before flying to his final destination of the Dominican Republic, where he intends to live temporarily.

According the right-wing newspaper, the emeritus king spent the weekend in the Galician town of Sanxenxo sailing, one of his lifelong pastimes, before being driven to the Portuguese city of Porto from which he flew to the Caribbean nation.

Spanish news reports from June had suggested Juan Carlos had already chosen his home in an exclusive area of the Dominican Republic known as La Romana.

Moving to the Dominican Republic would allegedly allow the emeritus king to avoid extradition by Spanish authorities as the Caribbean country’s legal code contains a clause which states that “extradition will not be granted when criminal liability has been extinguished by prescription or another cause, in accordance with the legislation of either party”.

Probes are under way in Switzerland and Spain where media regularly publish details of the murky management of funds allegedly paid to the former head of state by Saudi Arabia.

Spain's Supreme Court announced in June an investigation to determine the legal responsibility of the ex-monarch — but because of the immunity he holds only for acts committed after his abdication.

The suspicions focus on $100 million (€85 million) alleged to have been paid secretly into a Swiss bank account in 2008.

After a series of media revelations, Socialist Prime Minister Pedro Sanchez spoke out in July saying “the entire Spanish population are receiving disturbing information which is troubling for us all, including me”.

The ex-king's lawyer Javier Sanchez-Junco, issued a statement on Monday saying his client was not trying to escape justice by going into exile and would remain available to prosecutors.

Kind Juan Carlos was a popular figure for decades, playing a key role in the democratic transition from the Franco dictatorship which ruled Spain from 1939-1975, but a series of scandals in recent years led the monarch to first abdicate and now flee the country.