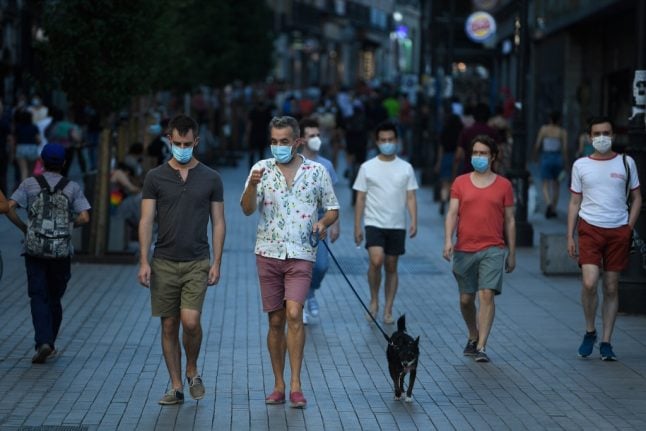 On July 31st, 1,522 new infections were recorded in Spain, more than ten times the 141 that were diagnosed on June 21st.

The situation is perhaps most concerning in the northern region of Aragón, where there have been more than 600 outbreaks since June, although 75 percent of these have had 10 or fewer infections.

What started with an outbreak among fruit pickers in Huesca province has quickly evolved into a health crisis with a 14-day infection rate of 380 per 100,000 inhabitants, the highest rate in Spain.

At times during the past month, the region of 1.3 million inhabitants has accounted for 60 percent of coronavirus infections in Spain.

Catalonia was the second most affected region in the country in July, with now more than 100,000 Covid-19 infections diagnosed since the pandemic began and a 14-day infection rate which currently stands at 145 per 100,000 inhabitants.

Despite Spain recording infection rates comparable with those of its months of lockdown, the country’s coronavirus death rate was considerably lower in July.

According to Spanish health ministry's emergencies coordinator Fernando Simón, the mortality rate in July was below 1 percent with 82 deaths recorded by the country’s Health Ministry.

In March when the pandemic first hit Spain, the death rate was at times as high as 12 percent, with 8,189 deaths recorded during the whole month and more than 800 deaths reported on some days.

This has been linked to the increased detection capacity of Spanish health authorities, with an average of 92.29 PCR tests per 1,000 inhabitants currently carried out (far above the rate of 22 per 1,000 in April), allowing them to detect anywhere between 60 and 70 percent of cases early on.

During the past week, Spain has seen 472 Covid-19 patients hospitalised and 27 admitted to the ICU, figures that are also below those recorded in March.