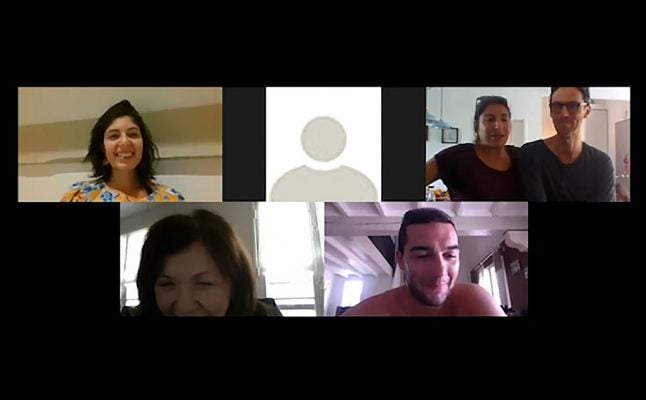 The measures, involving report-filling and 14-day self-isolation, were implemented just a few hours after the government announced them last Saturday, surprising many British travellers who were already in Spain.

The British government advised against all but essential travel to Spain, over its concerns of rising numbers of new coronavirus cases. Spanish Prime Minister, Pedro Sanchez, said he wasn’t forewarned of the announcement and described the measures as unjustified.

The new quarantine affects travellers from the whole of Spain, including the Balearics and the Canaries, where infection levels are low. This is a major concern for the Spanish tourist industry, which accounts for 12 percent of GDP.

The focus has naturally been on tourists and tourism.

Unfortunately, British citizens resident in Spain, and Spanish citizens living in the UK, have been affected by the illogical quarantine measures, that were dropped on them so suddenly.

After weeks of lockdown, where international travel was difficult, and borders closed, many people were making plans to see family and friends.

Following an eight-month separation, Sarah Clark from Torremolinos was looking forward to taking her teenage son to Somerset in August, to visit his grandparents.

She said: “My parents were upset but as I’m a freelance translator, and can work anywhere, we’ll go anyway and quarantine ourselves at their house. Otherwise, who knows when we might see them again?”

While some Brits are willing and able to quarantine in their family home, others won’t have that opportunity.

Some family members cannot provide the necessary accommodation or are in at-risk groups.

Helen Johnston was hoping to visit her elderly parents in Leicester in August but will now have to wait longer. She said: “My parents are shielding, as they are vulnerable because of health issues, so I cannot stay with them. It is very upsetting as I haven’t seen them since Christmas”.

Some people have parents living in UK care homes, such as Sue Frank from Cordoba. She says: “I was planning a short visit to my mum. To visit her now, I will need to go for three weeks, so I can do the quarantine first”.

While many people are missing parents, grandparents and grandchildren, others are missing their partners and children. Stephen George normally commutes between Spain and the UK but is now stuck in London.

His wife, Susan, said: “My children and I have not seen my husband for five months. He was booked to return to Spain next week but had to cancel. With a contract role, he couldn’t take time to quarantine. We’re completely gutted and have no idea when we’ll see him again.”

People who were expecting visitors from the UK have also seen their plans in tatters. While retired tourists may be able to complete a 14-day quarantine upon returning home, working people won’t necessarily have that luxury.

They may not have the time or resources to take the extra time off work, especially if employers are unwilling, or unable, to pay for the downtime.

Those with holiday rental businesses in Spain are reporting a significant number of cancelled bookings since last Saturday’s announcement.

Just when the tourism industry was hoping to recoup some losses caused by Covid, this latest measure is an additional blow, coming at the worst possible time.

Without the opportunity to earn income at the height of the tourist season, the quarantine measures could be the last nail in the coffin for many of Spain’s tourism and hospitality businesses.

British tourists in Spain are frequently depicted as drunken louts, throwing their money and weight about in Benidorm, and giving other British holidaymakers a bad name.

In truth, most British tourists are families and friends looking for a sunny break, and on the whole, are reassured by, and complying with the measures put in place by the Spanish authorities.

Despite the Downing Street rhetoric regarding the dangers of a second Covid wave hailing from Europe, travellers returning to the UK are doing so with their eyes open.

They have seen at first-hand the measures Spain has implemented to protect the public, the high level of compliance, and the rules being actively enforced.

On their return to the UK, the lack of testing at airports highlights the lack of government forethought when the quarantine measures were hastily reintroduced.

Whether the UK quarantine measures will be effective will rather depend on returning British tourists’ willingness to comply and on any government plans – as yet unknown – to enforce the policy.

What the British government’s next steps may be is anyone’s guess, though hopefully this is not another policy that will be reliant on good old-fashioned British “common sense” to make it work.

Meanwhile, our family reunions will largely continue to be virtual ones, as we hope for a quick rethink from the UK government.

They may twist the statistics any way they like, but they cannot change the fact that most of Spain is a far safer place to be, right now, than most of England.