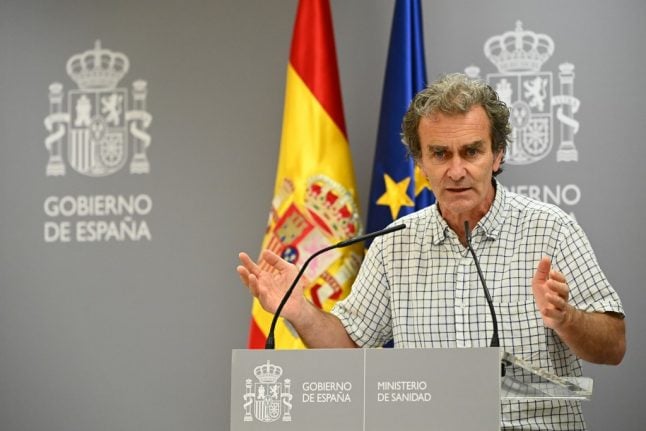 There were 1,229 new cases on Thursday, bringing the total to 285,430, according to health ministry data.

The average daily count is more than 1,900 cases per day over the past seven days — a figure which has more than tripled in two weeks, prompting Spain's autonomous regions to step up measures.

But while there have been fresh outbreaks of the virus, the health ministry's emergencies coordinator, Fernando Simón, there was no sign of a second wave of the pandemic.

“I don't know if there will be second waves in the future. This does not look to me to be it. If it was, we would be in a very different situation that we are now,” he told a news conference.

“There is no exact definition, here or anywhere else. What we could define as a second wave would be when we have widespread, uncontrolled community transmission… right now that is not the situation in Spain,” he added.

The recent rise in infections in Spain prompted Britain over the weekend to order quarantine for all travellers arriving from the country while other European nations, including France and Germany, have advised against travel to certain Spanish regions.

The travel restrictions have dealt a major blow to Spain's key tourism sector, which accounts for about 12 percent of its economy.

Spain has been one of the worst-hit countries by the pandemic. As of Thursday the country has recorded a total of 28,443 deaths from the disease.