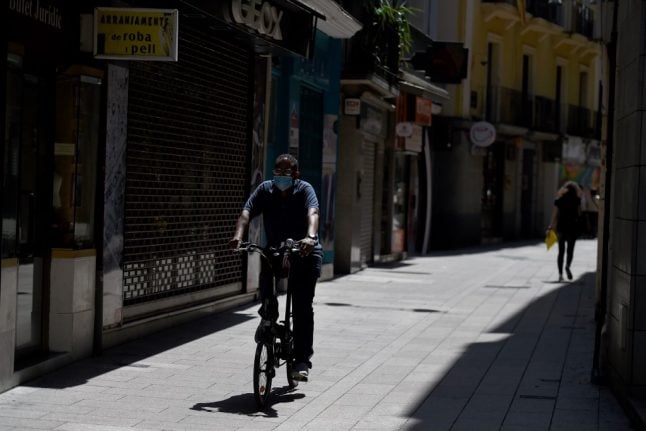 The city and six nearby municipalities, which lie 150 kilometres (90 miles) west of Barcelona, had first been subjected to restrictions at the start of the month after cases started to rise, with a strict stay-at-home order taking effect on July 13.

But on Wednesday, the restrictions were eased after the outbreak was brought under control, with residents now able to travel outside of the area for the first time since July 4.

“Measures adopted in recent weeks have reduced the reproduction number of Covid-19 in the Lleida area.. which shows that the outbreak is being brought under control,” Catalan president Quim Torra said.

Bars and restaurants can now reopen their terraces until midnight and shops can open to customers if they reduce capacity by half.

Spain, where the virus has claimed more than 28,400 lives, has been struggling to contain a surge in new infections, nearly half of them in Catalonia, with the regional government issuing a stay-at-home order to nearly four million residents of metropolitan Barcelona on July 18.

The situation in Spain has sparked a flurry of travel warnings with France advising against travel to Catalonia and its hugely popular coastline, and Germany following suit, naming Catalonia and two other virus-hit regions.

Britain has gone even further, deciding to quarantine anyone arriving from Spain, in a major blow for the tourism industry.