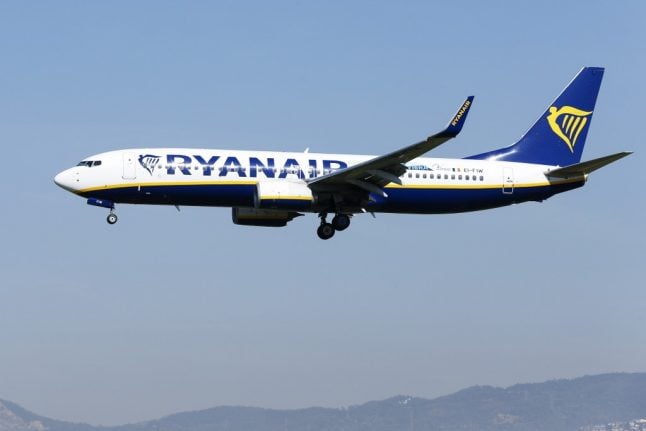 Ryanair has pledged it will not stop flying British tourists to Spain despite the quarantine announcement representing a considerable financial setback for the company.

The low-cost Irish airline’s chief financial officer Neil Sorohan said the the UK’s quarantine decision was “regrettable” and “very disappointing”, but the company estimates it will run 70 percent of its usual pre-Covid flights by September.

“As things stand, the market remains open, the schedules remain in place and we continue to operate in and out of Spain as normal,” Sorohan stated.

Low-cost rival EasyJet has also criticised the UK government’s decision arguing that the spike in Covid-19 cases in Spain was “regional rather than nationwide”.

The Luton-based airline will continue flying to Spain despite the announcement, although it has said that it would monitor the situation “with a view to align the flight schedule to demand”, suggesting there may be a drop in flight numbers.

Easyjet says that customers who no longer want to travel could transfer flights free of charge or obtain a voucher for the value of the booking.

Europe’s largest tour operator finally decided to cancel its flights to the Canary Islands and the Balearic Islands on Tuesday after initially announcing it would continue flying to Spain’s archipelagos, where the infection rate is far lower than in the Catalonia, Aragón and Navarre regions.

The airline backtracked after diplomatic negotiations between Spain and UK failed to result in the creation of travel corridors between the Spanish islands and Britain as had been suggested.

TUI has therefore now officially cancelled all its holiday packages for the Balearics and Canaries until August 4th, and all holidays to mainland Spain until August 10th.

Passengers due to fly with TUI to Spain between July 26th and August 9th can change or cancel their flights and receive either a full refund for cancellation or an incentive when they rebook.

Jet2 have also now cancelled all their flights to Spain until mid August.

BA has also announced that its flights between Spain and the UK will continue.

“Our flights are currently expected to operate normally,” British Airways wrote on Twitter.

The flagship British airline has informed customers who no longer want to travel to Spain from the UK or vice versa that they can claim a voucher for future travel.

The Barcelona-based low-cost airline has decided to continue its flight routes to the UK despite news of the quarantine, although it is studying the possibility of stopping operations with Madrid, A Coruña, Santiago and Asturias due to a lack of demand and the financial difficulties it's currently going through.