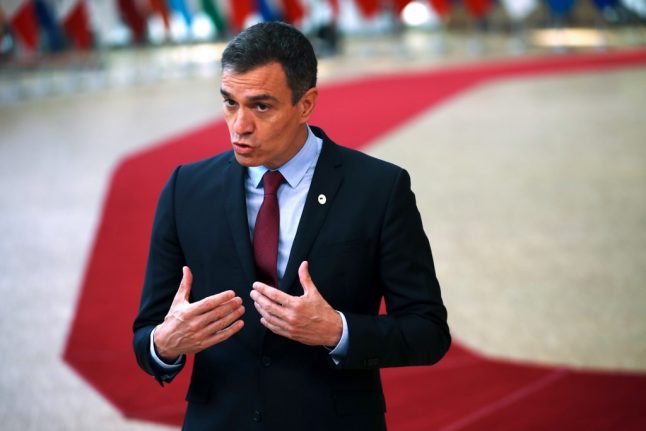 Spain’s Prime Minister has joined his regional counterparts in criticising the UK government’s sudden decision to introduce the quarantine, as Spanish hotel groups and economists fear what looks to be a disastrous summer for the country’s tourism industry and economy.

Sánchez argued British tourists visiting most regions in Spain would be safer there than back home in the UK, given that in popular holiday destinations among Brits like the Canary Islands, the Balearics, Andalusia and the Valencia region the coronavirus infection rate is lower that the United Kingdom’s.

“In epidemiological terms, it might even be safer at these destinations than in the United Kingdom,” the Spanish leader stated in an interview with Spanish TV channel Telecinco on Monday.

Sánchez said talks with Boris Johnson’s government were ongoing but on Monday evening the Foreign Office updated its advice for Spain’s two archipelagos and made no exception in its recommendation to avoid non-essential travel to all of Spain’s 17 autonomous communities.

“This advice is based on the evidence of the increase in Covid-19 cases in many regions, but particularly in Aragón, Navarre and Catalonia, which include the cities of Zaragoza, Pamplona and Barcelona,” said the British government in a statement.

The latest data from the Spanish health ministry on July 26th puts the Canary Islands’s infection rate at 2.65 per 100,000 inhabitants and the Balearics at 5 coronavirus infections per 100,000.

READ MORE: 'We have fewer Covid infections than them': Spain's islands fight for travel corridor for UK tourists

“We have considered the overall situation for British nationals travelling to and from the Balearic and Canary islands, including the impact of the requirement to self-isolate on return to the UK, and concluded that we should advise British nationals against all non-essential travel to the whole of Spain,” a Foreign Office spokesperson said on Monday.

The British government has told tourists already in Spain not to cut their holidays short and “to follow advice from local authorities”, but the news has gone down just as badly among British holidaymakers as with the more than two million Spaniards who worked in the country’s tourism industry in pre-Covid times.

British tourists are the largest national group of visitors to Spain, with 18 million of them visiting the country in 2019.

“We will continue working on it, our governments are friends,” Sánchez said.

“Before holding anything against each other , let's try to find a balance,” he added, while also referring to the quarantine measure as “disproportionate”.

But the British government seems reluctant to make an exception for the two Spanish archipelagos so as to not set a precedent whereby other countries request regional rather than national quarantine requirements.