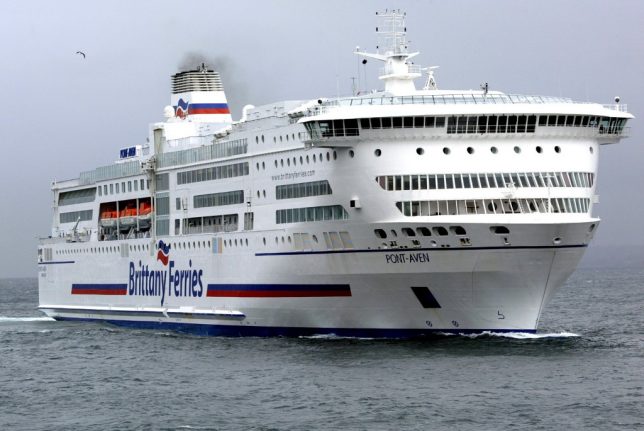 Many British people who had cherished a long-term dream of moving to Spain are now considering whether they should accelerate their plans and move before the end of the year.

Moving to Spain is a big decision and everybody's individual circumstances are different, so while we can't definitively answer the question 'should I move before December or can I wait until next year?' here are some of the things to bear in mind from what we know so far.

Should you hop on the ferry and sail away now or wait until next year?

Before: When asked what are the advantages of moving before the end of the year there is a two-word answer – Withdrawal Agreement.

The Brexit Withdrawal Agreement covers everyone who is legally resident in Spain by December 31st 2020, which is when the transition period ends.

The agreement protects the rights of UK citizens in the EU (and vice versa) and broadly gives guarantees that people already resident can stay.

Brits in Spain who have never registered have been urged to to apply for a new residency document as soon as possible and before December 31st 2020 to help guarantee their rights, with the conditions under which you apply being the same as for EU citizens.

READ ALSO: What you need to know about Spain's new Brexit-friendly residency card

The Agreement doesn't cover everything and there are some caveats, but it does give a lot of protections.

Click here for full details of what the Withdrawal Agreement says and who it covers.

Two important things about the agreement – if you are already here by December 31st it covers you for however long you choose to stay in Spain and it is a legally binding international agreement. So even if the UK and the EU fail to agree a trade deal, the protections of the Withdrawal Agreement remain in place.

After: Exactly what the deal will be for people who want to move to Spain in 2021 or after we don't know, it's one of the many things still to be agreed.

At this stage it seems most likely that British citizens will be treated in a similar way to non-Europeans like Americans or Australians. For them moving is considerably more complicated and expensive, involving visa, proof of financial means (for some categories), health cover and residency cards.

READ ALSO: Will it be possible to retire in Spain after Brexit? Before: If you are already resident in Spain or planning to become so by December 31st, you are entitled to register with the Spanish state healthcare system.

For pensioners a scheme known as S1 allows British pensioners to register with the Spanish system, while the British state continues to pick up the cost of their healthcare. As long as they are legally resident in Spain before the end of the year then pensioners will continue to be covered by the S1 scheme.

Those who aren't pensioners or aren't working and are therefore not entitled to Spain's social security system have to have private health insurance.

If you are planning to register before the end of 2020 you will have to prove to Spanish authorities that your health cover is equivalent to that offered by public healthcare services.

After a year of being legally registered in Spain you can apply for the “convenio especial”, special agreement), which allows under 65s to pay a monthly fee of €60 per month and over 65s €157 per month to have access to Spain's public healthcare system.

After: At present there is no agreement in place on reciprocal healthcare costs for those registering after Brexit, so for at least the first part of your stay you would need private health insurance.

The UK government has suggested it does not intend to continue the S1 scheme for pensioners who move to Spain after December 31st.

This could leave pensioners reliant on private health insurance, which can be difficult to obtain or extremely expensive for people with long-term health conditions.

The EHIC (European Health Insurance Card) which many Brits have relied on for healthcare cannot be issued by the UK government after December 31st. Pensioners already resident here and covered by the S1 scheme can continue to use theirs for trips back to the UK, and people resident and registered under the Spanish healthcare system can obtain a card that will cover their trips to other EU countries.

You need to make sure your costs are covered for any healthcare that you need while you're here. Photo: AFP

If you have worked in more than one European country your pension contributions in all countries will be joined together and paid as a single amount from the country you are living in when you retire. This applies to anyone resident by December 31st, even if your retirement age is many years away.

After: neither of the two agreements above – uprating or joint pensions – are guaranteed to continue and at present there are no arrangements in place to allow them to continue.

Before: At present in employment terms EU citizens are treated the same as Spanish employees – and for people covered by the Withdrawal Agreement this should continue.

In practice we expect some confusion, particularly at smaller firms, around what procedures need to be followed for British employees, but in theory Brits covered by the Withdrawal Agreement should be able to take up new employment on the same basis they do now.

Job-hunting this year might be tricky however as Spain, like many other countries, is predicting a major recession due to the pandemic and months of lockdown.

After: Spanish companies who are hiring a non-EU national who is moving to Spain to work need to jump through extra administrative hoops to justify why they are hiring a non-European. It's not an impossible task, but it does put non-Europeans at a disadvantage in the job market as most firms prefer to avoid the extra paperwork if they can find a similarly-qualified European candidate.

There's also the question of the recognition of foreign qualifications especially regarding regulated professions (doctors, nurses, engineers, architects etc), who may need to apply for “homologación” like other third-country nationals before they are allowed to work, a lengthy application process which takes two years on average.

Again, we don't know exactly what residency requirements for Brits will be after 2021, but if they follow the current model for non-Europeans you will need a visa sponsored by an employer if you are coming here to work.

If you want to come and either set up your own business or work as a freelancer or contractor you could also need a visa and to provide proof of income or proof that your business plan is an economically viable idea.

If you still aren't sure whether to come now or later – couples do have the option of doing the move in stages.

If one partner makes the move before December 31st they will be covered by the Withdrawal Agreement and one of the rights it gives them is to be joined at a later date by a registered partner or spouse.

You will need to prove that your relationship began before December 31st but it is an option for couples where it is not possible for both partners to make the move in the next six months.

If you are a couple but are neither married nor in a civil partnership you will need to prove that you are in a 'durable relationship' and the Withdrawal Agreement states that countries must 'facilitate entry and residence' in accordance with their national legislation.