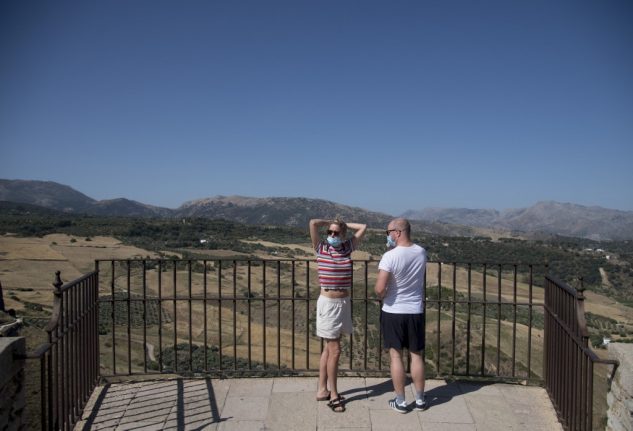 In the Andalusian provinces of Córdoba, Granada and Jaén the mercury is expected to hit 42C. The Balearics Islands, Cantabria, Galicia, Murcia, the Basque Country and the Valencia region are on yellow alert with temperatures forecast to be between 34 and 38C.

The risk of forest fires is also up in almost all of Spain as the maps above shows.

Only the Canary Islands and Asturias in northern Spain will be spared from the extreme heat, which according to Aemet has been caused by the arrival of a mass of hot air from Africa coupled with the high number of sunshine hours during the summer in Spain.

Spain’s main weather agency has decided not to classify the spell of extreme heat as a heatwave as temperatures are forecast to drop on Tuesday in much of Spain, except for in the Spanish regions along the Mediterranean, where the mercury could go up even higher.

READ MORE: Tips for staying cool during a summer heatwave in Spain