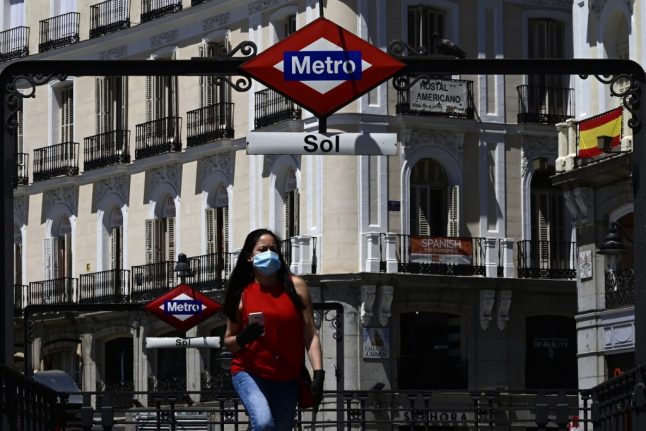 Fifteen out of Spain’s 17 autonomous communities have now made face masks compulsory in all indoor and outdoor public spaces.

But in the Spanish capital and the Atlantic archipelago of the Canary Islands citizens have not been required to abide by this measure.

In these two regions, the nationwide face mask legislation approved in May during Spain’s lockdown is still in place – face masks are mandatory in indoor spaces but not outdoors if the safety distance of 1.5 metres can be kept.

Catalonia, which together with Aragón has been struggling with the most worrying Covid-19 outbreaks since then, was the first region to make masks mandatory in all public places on July 9th.

Fourteen regions took similar steps over the following two weeks, with fines of €100 for citizens caught not wearing them.

Neither the Madrid region nor the Canary Islands are struggling with as many Covid-19 infections as some of Spain’s northern regions, but there are seven active outbreaks in the capital and seven on the islands, both deemed “under control”.

The two regional governments have so far argued that imposing obligatory face mask usage won’t have enough of an impact on the infection rate for it to be worth its enforcement, arguing instead that situations in private spaced (homes and workplaces) where safety measures can’t be controlled are having more of an influence on transmission.

“Most of the outbreaks are occurring as a result of gatherings with family and friends or during gettogethers with people who are not living together, ” said Madrid Health Minister Enrique Ruiz Escudero.

It’s worth noting that if a group of friends sits down at bar anywhere in Spain, they don’t have to wear a mask while they are eating and drinking, one of the “incompatible” exceptions to face mask usage.

Ruiz Escudero added that although his government “doesn’t consider it necessary” to make face masks compulsory in Madrid, it does recommend that they are worn at all times and has called on young people in the capital in particular to exercise common sense and responsibility.

It’s a similar rhetoric from the Canary government, who on Thursday launched an eye-opening video campaign in which they warned citizens that “a simple family gathering can give you a gift of 40 days in a coma or even death”.

The Canaries was also the only region in Spain to call for PCR testing for all foreign arrivals ahead of the country opening its borders to Schengen tourists on July 1st, further showcasing that for them face masks aren’t as crucial in stopping the spread of the virus as other measures.

That’s not to say however that either Madrid or the Canary Islands are taking face mask usage lightly, having stepped up controls to avoid the “complacency” of its citizens.

Police in the archipelago have increased checks in indoor spaces and started fining those who aren’t wearing masks, and in Madrid the penalty for throwing a potentially infected face mask on the ground is €750.

Madrid still accounts for 27 percent of all Covid-19 infections and almost 30 percent of deaths in Spain (73,767 infections and 8,450 deaths), with the virus hitting the capital hard during the first months of the pandemic.

However, after meeting on Thursday to review face mask legislation for its 6.6 million inhabitants, Madrid’s regional authorities decided again that the stricter measures shouldn’t be adopted yet, given the already generalised face mask use among a population fearful of a second wave.

Their Canary counterparts reached the same decision, adding that the low number of cases on the islands and the already existing measures plus more strict policing should be enough.

“If we have to go one step further, we will,” Canary President Ángel Víctor Torres concluded.