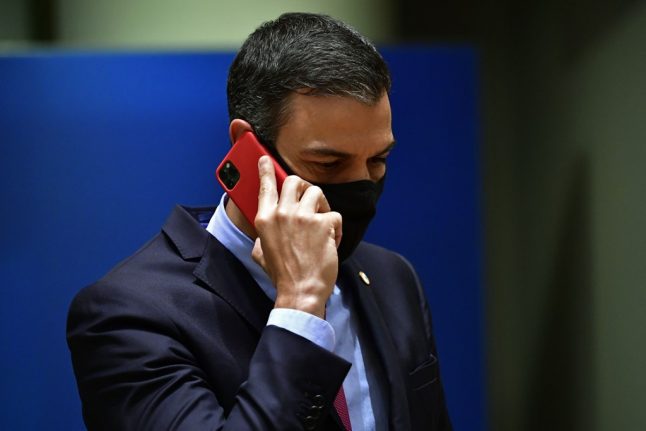 “This plan will be carried out in full alignment with the objectives of the European Union,” said Prime Minister Pedro Sánchez as he presented the project on Thursday.

The funds will finance the deployment of a new ultrafast 5G network, extend internet coverage in rural areas and facilitate digital education for the population.

It will also be used to strengthen cybersecurity and speed up the digitisation of public administrations and companies, particularly small and medium-sized enterprises (SMEs).

Between 2020-2022, the government is hoping to invest a total of €70 billion into the digital agenda.

Of that figure, the private sector is expected to contribute some €50 billion, while the rest will come from the public sector — which will include 15 billion from the rescue plan approved in Brussels this week, a government statement said.

“Digitisation is one of the main ways of unlocking these funds,” the government said.

The rescue package enables joint borrowing by the 27 members of the bloc to help countries that have been badly hit by the virus, notably Italy and Spain.

Investment in this type of reform is a fundamental condition for receiving money from the fund.

The Sanchez administration also wants to promote Spain as an audiovisual powerhouse, increasing production by 30 percent by 2025, and it also wants to expand the use of artificial intelligence within business.

The Spanish leader said that, within five years, funds from both public and private sources for the digital transformation could reach as much as €140 billion.

The historic rescue plan, which is worth €750 billion, will be overseen by the European Commission, the EU's executive arm, which will be in charge of distributing the funds.

Spending must be devoted to policies seen as compatible with European priorities, including politically difficult economic reforms as well as the environment.