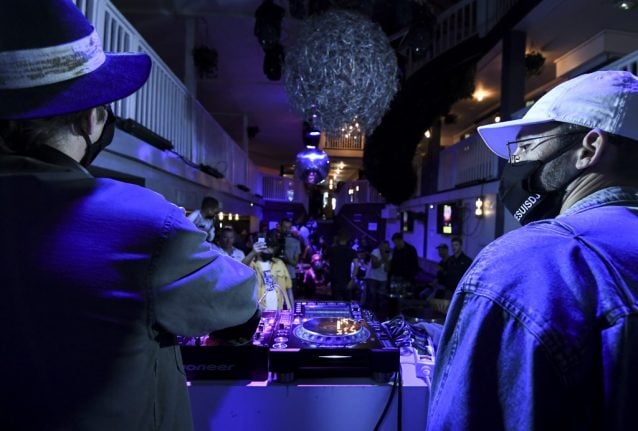 The party’s over for many nightclubs and bars in Spain now that health ministry data has revealed that several of the country’s 200 active Covid-19 outbreaks have started at these establishments as well as at street and house parties.

The most recent example of this is the outbreak at a nightclub in Córdoba in Spain’s southern Andalusia region where 73 out of a total of 400 partygoers have tested positive for the coronavirus.

“Nightlife venues tend to be poorly ventilated, and the loud music means you have to speak loudly, which has been documented as a risk factor,” Joan Ramón Villalbí, spokesperson for Spanish Public Health Association (Sespas) has warned.

It’s a worry shared by Spain’s director of the Health Ministry’s Coordination Centre for Health Alerts Fernando Simón, who on Friday said: “Nightlife is what worries us the most.”

“Young people shouldn’t be taking the virus lightly. I’ve got a message for them: you’re not invincible.

“We have to restrict night-time activities,” Simón concluded, an assumption which many of Spain’s autonomous communities have already reached even though there are a variety of measures in place from obligatory face masks, to not dancing or moving around the establishment and in some cases temperature checks by bouncers at the door.

Murcia in southeast Spain has been one of the first regions to act following an outbreak at a nightclub. Regional president Fernando López Miras has banned these indoor establishments from opening and has reduced the maximum number of people who can gather to 15.

Spain’s Valencia region has also followed suit but only in the town of Gandía following an outbreak there which so far has resulted in 77 infections.

In Aragón in Spain’s northeast, where residents have been asked to stay at home given the high rate of transmission recorded over the past few weeks, most bars and nightclubs have been forced to close again as the region returned to a flexible Phase 2 of Spain’s de-escalation plan.

It’s a similar situation in Catalonia, where local Mossos d’Esquadra police forced the owners of 322 nightclubs in the region to close on Friday as part of the Catalan government’s restrictions on bars, restaurants and other cultural establishments to fight the worrying rate of infections there.

In the Balearic Islands – which last week saw the main party strip in Magaluf (Mallorca) closed after tourists were caught on video running amok without wearing masks or respecting social distancing – there are capacity restrictions on nightclubs in the whole archipelago.

In Galicia the regional government announced on Friday it would ban “botellones”, a practice common among young people in Spain which sees them buy alcohol at a supermarket and drink together in a public place.

In the Basque country regional authorities have limited numbers at nightclubs and bars and made face masks obligatory at all times.

Nightclubs were among the last establishments to be given the green light to reopen in Spain after the country’s almost three-month long lockdown and de-escalation.

Financial losses incurred during confinement and ongoing restrictions on capacity as well as other limitations have resulted in “el ocio nocturno”, as nightlife is called in Spain, being amongst the most badly-hit sectors.