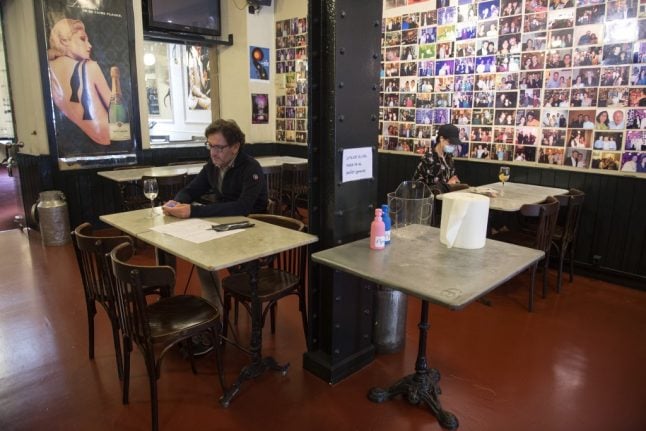 The figure amounts to 13 percent of such establishments in Spain, a country in which tourism plays a major role in the economy, and where the population tends to eat out very often, Spain's hostelry federation said.

At the height of summer and a month after European borders were reopened, “in popular tourism areas, there are no tourists, that's the harsh truth,” he said.

In areas like the Balearic Islands, he said, less than half the bars and restaurants had reopened.

Business was also terrible for restaurants in business districts of Spain's biggest cities, which have remained largely deserted due to people working from home.

“Working from home is affecting breakfasts, the (late-morning brunch run for) Spanish omelette and churros, and the lunch menu, particularly in Madrid,” he said of a culture in which people often eat out from early in the
day.

The sector's turnover could be slashed by as much as 50 percent, said the federation, which fears that between 900,000 and 1.1 million jobs, both direct and indirect, could be lost.

The world's second-most popular destination after France, Spain was badly hit by the virus that has claimed more than 28,400 lives and dealt a major blow to its tourism industry, which accounts for 12 percent of GDP.

At the end of June, the government presented a 4.2 billion euro aid package for the tourism industry, mostly in the form of loan guarantees.

But the sector has called for bigger gestures such as transferring funds, tax breaks or even “holiday voucher” schemes for Spaniards to subsidise holiday costs and boost national tourism, as seen in Italy.