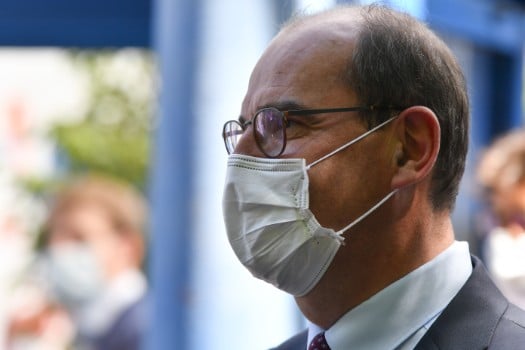 Spanish health officials are monitoring more than 150 outbreaks across the country just weeks after they ended one of the world's toughest lockdown regimes.

They are particularly alarmed at clusters popping up in Catalonia, one of the border regions, and on Friday asked more than four million people in regional capital Barcelona to stay at home except for necessary trips.

“We are monitoring this very closely, here in particular, because it is a real issue that we also need to discuss with the Spanish authorities,” Castex said in response to a question about the possible closure of borders.

The frontier was reopened on June 21 after three months of strict confinement on the Spanish side to contain the pandemic.

But the upsurge in cases in Catalonia has already prompted the reimposition of lockdown in one area.

Some 160,000 people in Lerida and surrounding towns were ordered to stay in their homes on Wednesday, following a standoff between the regional government and a local court that had blocked the order.

Many Spanish regions have made it mandatory to wear face masks in public, even if people maintain social distancing.

Spain has suffered more than 28,400 deaths from the pandemic, one of the highest rates in the world.