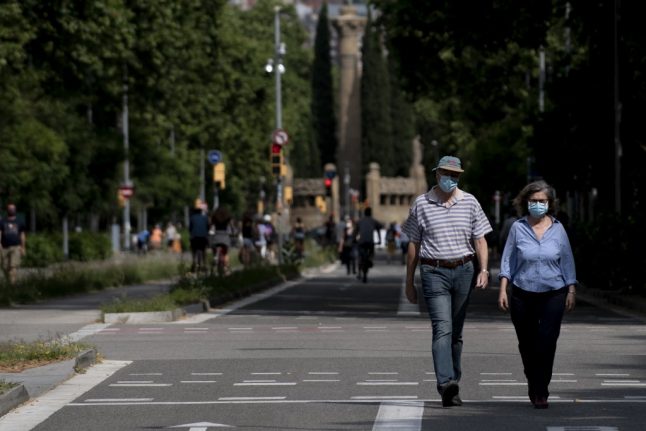 The regional government also ordered the closure of cinemas, theatres and nightclubs and banned gatherings of more than 10 people in the coastal city, spokeswoman Meritxell Budo told a press conference.

Almost four million people are affected by the move in one of Europe's most visited cities, where restaurants will have to limit capacity to one-half the usual amount.

Residents have also been asked not to flee to second homes outside the northeastern city, for a period expected to last about two weeks.

“We must take a step back to avoid returning in coming weeks to a total lockdown of the population,” Budo said, barely three weeks after Spanish confinement measures were lifted.

Residents had to “act quickly and decisively to avoid finding ourselves in the same situation as in March,” she added.

When the epidemic first hit Spain, the government of Prime Minister Pedro Sanchez declared a state of emergency on March 14, allowing it to impose one of the world's tightest lockdowns.

Catalonia and the neighbouring Aragon region, where coronavirus cases have also spiked, are now of most concern to the Spanish authorities, as they watch more than 150 clusters of the virus across the country.

West of Barcelona, 160,000 people in Lerida and surrounding towns were placed under lockdown Wednesday following a standoff between the regional government and judicial authorities.

Many Spanish regions have made it mandatory to wear face masks in public, even if people are able to maintain social distancing.

Spain has reported more than 28,400 deaths from COVID-19, making it one of the countries most affected in Europe.