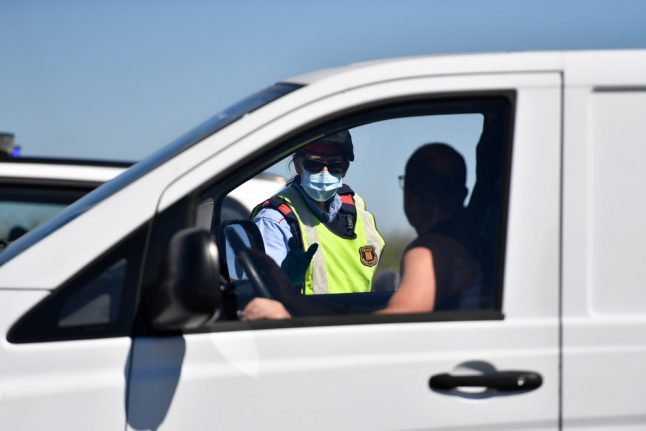 Catalonia officials had ordered the home confinement to be imposed on the city of Lérida and its surrounding areas a week after the zone had been placed under a less strict lockdown.

But a Spanish court on Monday ruled against the measure, considering it “disproportionate” and a decision which had to be made by Spain’s national government.

“The Lérida district court has decided not to ratify the measures of the July 12th resolution,” the Catalan supreme court said on its Twitter account, although the decision can be appealed.

Catalonia's health director Alba Vergés said officials were looking at ways of resolving the legal issue, insisting that the measures were crucial.

On Sunday, Catalonia recorded 816 new Covid-19 infections over a 24-hour period, 190 of them in the Segrià region where Lérida is. Forty-four people infected with the coronavirus are currently in the ICU in the region.

One death was also reported in Catalonia on Sunday, taking the total Covid-19 death toll for the region to 12,617.

“We would not have taken the (home confinement) measures if it were not absolutely necessary,” she told local radio, calling on residents to stay in their homes despite the court ruling.

More than 70 coronavirus clusters have now been identified in Spain, with the area around Lérida among the most concerning.

Officials have linked the fresh outbreaks to seasonal agricultural workers who harvest fruit in northern Spain.

Other clusters have been identified in the northwest regions of Galicia and the Basque country, where the country's first regional elections since the onset of the pandemic were held on Sunday.