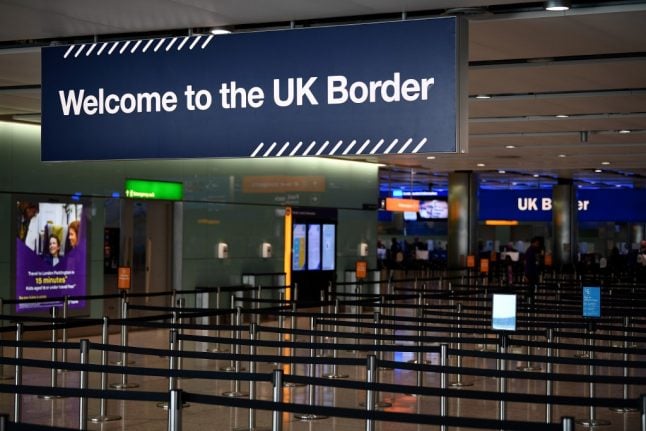 The UK on July 10th began lifting its quarantine for travellers from certain countries that it deemed 'safe' – including Spain.

However, although it is no longer necessary to self-isolate when travelling to the UK from Spain, passengers do need to fill out the contact locator form before leaving France.

READ ALSO: Travel between Spain and the UK after July 10th – what's running and what are the rules?

The form asks for detailed information about your journey, where you will be staying in the UK, contact information and details of someone who can be contacted if you fall ill – so it's best not to leave the form to the last moment as your train/ferry/flight is about to depart.

The form can be accessed online here and you can show either a printout or a completed version on your phone. You cannot submit the form more than 48 hours before you travel.

The information you need to provide includes;

the name of the airline, train or ferry company you’re travelling with

the name of the airport, port or station you’ll be arriving into

the date you’ll be arriving

If you’re travelling by Eurostar or Eurotunnel:

put ‘Eurostar’ or ‘Eurotunnel’ when the form asks ‘What is the flight number, train service or ship name that you will arrive on?’

provide your scheduled time of departure

People travelling from the UK to France will be given information about the procedure when they leave the country.

The UK did not have international travel restrictions during the strictest phase of the lockdown, but on June 8th introduced a mandatory 14-day quarantine for all international arrivals.

From July 10th these were lifted for arrivals from a list of 'safe' countries which included European countries like France.

The initial announcement from the UK government referred only to arrivals in England, but devolved authorities in Scotland, Wales and Northern Ireland later confirmed that they would be applying the same rules.

Spain lifted its travel restrictions for arrivals from within Europe on June 21st.

READ ALSO: Which airlines have scheduled flights from the UK to Spain from July?

From July 1st the EU began opening up its external borders to countries deemed to be low risk from Covid-19, although travellers from the USA remain excluded.