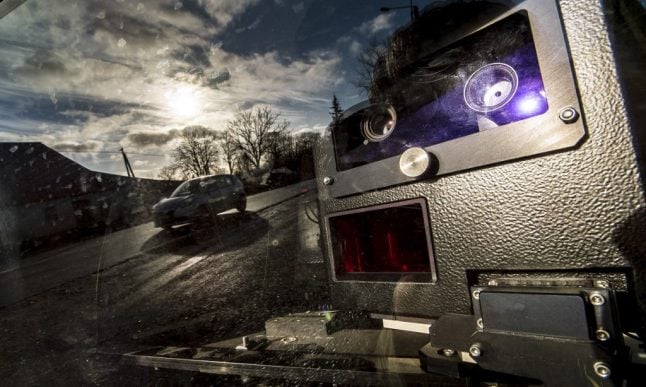 With the summer well and truly underway, the lockdown over and most Spaniards opting to stay in their country this year for their holidays, roads in Spain are already very busy.

This means that the country’s road authorities are on high alert for badly-behaving and speeding drivers, as the summer season usually sees an increase in accidents and road deaths as a result of the so-called “Operación Salida” (the “Exit Operation” of Spanish holidaymakers to the coast).

According to data released by Spain's Traffic Directorate (DGT), there are 1,293 speed traps in Spain of which 661 are fixed cameras, 572 mobile units and 68 are traps that record your average speed over a set distance.

Spain’s road authority has this week published a reminder of the speed limits on different Spanish roads, with the worst excess speed offences resulting in €600 fines and the loss of 6 points off the driver’s license.

As the graph below shows, drivers in Spain face fines of €100 for travelling at anywhere between 121km/h and 150 km/h on a motorway with a speed limit of 120km/h. The €100 fine is also handed out to drivers who surpass the speed limit by up to 30km/h on other secondary roads and single and dual carriageways in Spain.

But on roads in towns where the speed limit is 50km/h or below, the threshold for the €100 is 20km/h. Anything over that and the fine is higher.

Note that this €100 fine doesn’t result in points being deducted off your licence.

For drivers caught speeding by 50 to 60km/h on motorways, dual and single carriageways where the speed limit is 60km/h or more, the fines are €400 and you lose 4 points off your licence.

Again on smaller town roads where speed limits are 50km/h or lower, the margins are tighter – 30 to 40km/h over the limit results in a €400 fine and losing 4 points.

Reckless speedsters caught driving at 60 to 70km/h over the limit on roads with a speed limit of 60km/h or higher will have to cough up €500 and lose 6 points off their licence. On town and city roads the same applies for excess speed between of 40 to 50km/h.

And the highest penalty of €600 and the loss of 6 points is handed out to drivers who speed at 70km/h over the limit on roads with a speed limit of 60km/h and above, and 50km/h over the speed limit on city roads. This also potentially results in the offender going before a judge for reckless driving.

It’s worth noting that Spanish learner drivers start with 6 points on their licence and if they haven’t been fined or lost points in the first two years since they passed their test, they obtain 12 points, which three years later is bumped up to 14 points if the driver’s record is clean.

Do speed cameras in Spain have a margin of error?

The margin of error for mobile speed cameras in Spain is 7km/h on roads with a speed limit of 100km/h or lower.

So for example if you drive at 58km/h on a 50km/h road and a speed camera catches you, you will be fined.

On motorways and dual carriageways where the speed limit is above 100km/h, working out the margin of error of mobile speed cameras is a bit more complicated.