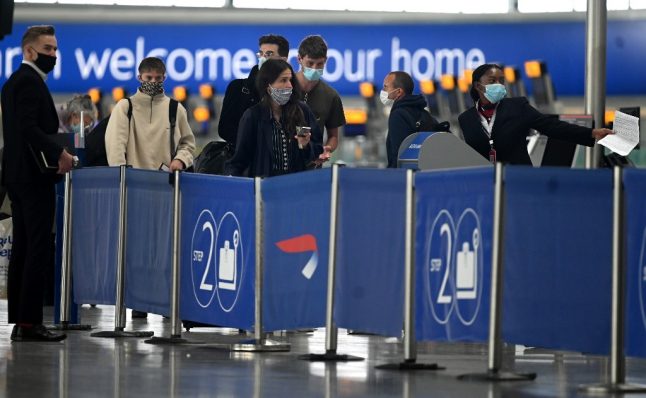 Quarantine requirements for travellers arriving in England, Wales and Northern Ireland from Spain were lifted on July 10th, along with numerous other countries including France, Germany and Italy.

Scotland has however decided to extend the 14-day quarantine requirement for passengers from Spain and other countries until at least July 20th.

If you’re in Spain and are looking to travel to England, Wales or Northern Ireland as soon as possible here’s what you need to know.

Ryanair has been operating numerous UK-Spain flights since June 21st.

Easyjet announced it would resume many of its UK-Spain flights from July 1st, but at a reduced frequency in July gradually increasing up to 75 percent of its normal operations in August.

TUI also announced in late June that from July 11th it would start flying from the UK to its Spanish holiday destinations of Tenerife and Lanzarote in the Canary Islands and Mallorca and Ibiza in the Balearics.

Other low-cost and major airlines have reported they will start flying between the two countries in July.

This information is subject to change based on sudden travel restrictions which may arise but here is more detailed breakdown of the latest flights between Spain and the UK.

Brittany Ferries has confirmed it has resumed its services between Spain and the UK.

It restarted its Bilbao-Portsmouth on Monday June 29th and according to their website, operated two sailings each way every week.

There are two return crossings on the Santander-Porstmouth route each week.

For more information or to book tickets click here.

If anyone is looking to travel from Spain to the UK in their car or vice versa – a trip which takes on average 1.5 to 3 days depending on the route and if you use a night ferry across the UK channel- it’s an open road since July 10th without the need for quarantine in the UK.

If you opt for a slightly alternative train journey from Spain to the UK it’s worth noting that there are now services from Barcelona and other locations in Catalonia to Paris and southern France.

From there, the Eurostar between Paris and London can also be taken, although it’s running on a reduced service.

READ MORE: What you need to know about France-UK travel after July 10th

What are the safety regulations?

As a general rule, you must wear a mask throughout the journey – whatever the means of transport.

All companies have stepped up their cleaning measures to ensure that seats and toilets be disinfected regularly.

If you’re driving in Spain you won’t be required to wear a mask unless you have someone in the vehicle who isn’t someone you come into contact with regularly.

Spanish airports have a number of measures you should read about before travelling.

READ MORE: Everything visitors to Spain need to know about its Covid-19 travel rules