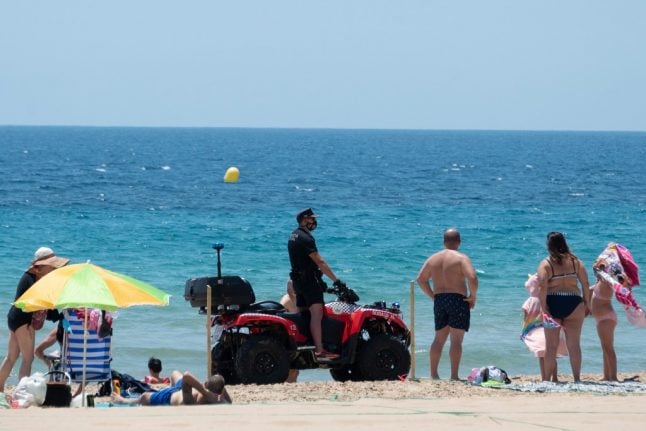 It’s been more than two weeks since Spain reopened its borders to tourists from other Schengen countries but many holiday hotspots across the country are half if not virtually empty.

It’s a sign that despite months of lockdowns and travel restrictions, European tourists are holding back when it comes to booking their holidays in Spain, an understandable situation keeping in mind the spike in new outbreaks since the country’s state of alarm ended and the unpredictability of international travel currently.

But Spain needs tourism if it’s to prevent its economy from contracting 11 percent this year as is being predicted.

This has pushed the Spanish government to launch two joint campaigns – “Operación Verano” (Operation Summer) and “Plan Turismo Seguro” (Safe Tourism Plan) – with the aim of “guaranteeing the protection of the summer season that now begins and consolidating Spain as one of the safest tourist destinations on the planet”.

“For this purpose, more than twenty guides have been prepared which cover the entire tourism value chain and are a global index reference,” Spanish Secretary of State for Tourism Isabel María Oliver Sagreras said.

“We want to offer tourists peace of mind and send them a very clear message: Spain is a safe destination”.

In order to ensure that these safety measures are met, an extra 40,000 National Police and Civil Guard officers will be deployed to Spain’s most popular tourist regions: Andalusia, Asturias, the Balearic Islands, the Canary Islands, Cantabria, the Valencia region, Galicia, Madrid and Murcia.

They will also ensure residents and tourists are sticking to the heath measures in place in each region, such as the recent requirement in the Balearic Islands to wear a face mask at all times in public spaces (in Catalonia this same requirement is likely to be enforced by local Catalan police units).

Spain’s Interior Ministry has also reinforced its fight against pickpocketing and other forms of itinerant crime associated with travel such as burglaries, “which may go up due to people spending more time in their second homes or tourist apartments after months of confinement,” reads the government press release.

It also explains that Spain’s National Police and Civil Guard will also pay special attention to a possible increase in internet scams, given the considerable increase in bookings and package holidays paid for online rather than in travel agencies.