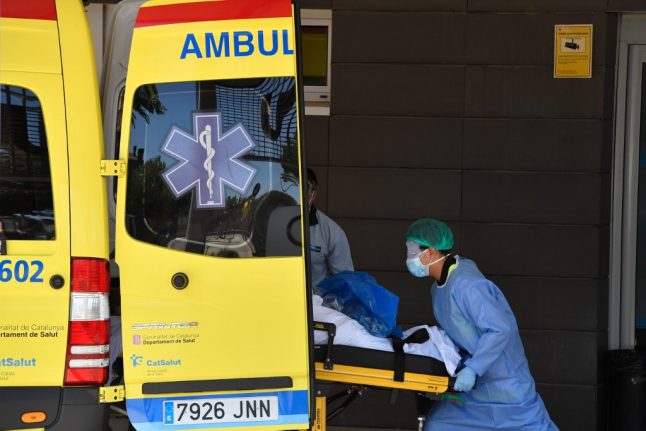 Despite the rise in infections in Spain, the number of people requiring hospitalisation has dropped considerably. Photo: AFP

Spain’s Health Ministry is concerned about the spike in Covid-19 infections which the country recorded on Wednesday, up from 124 on Tuesday to 257 new cases in a 24-hour period.

This represents the highest daily increase of coronavirus infections since May 30th and since the country officially ended its state of alarm on June 21st.

Most new cases are in Aragón, Madrid, Galicia and Catalonia, the latter two regions having the most concerning new outbreaks in Spain, which have forced regional authorities to reintroduce confinement measures there.

But even in Aragón, where the outbreak in late June in Huesca province had been declared under control, there have been 60 new positives in a 24-hour period.

On Wednesday there were 67 active outbreaks affecting 15 of Spain’s 17 autonomous communities to varying degrees.

READ MORE: Where are the active Covid-19 outbreaks in Spain and which ones are under control?

There have been nine Covid-19 deaths in the past week, taking Spain’s total coronavirus death toll up to 28,396.

Health Minister Salvador Illa has underlined that despite the rapidly increasing infection rate under Spain’s “new normal”, hospitalizations in the past week stand at 137.

In fact, the figure of nine coronavirus deaths in the past week is the lowest weekly number since the pandemic hit Spain.

Two months ago, almost one in every four positive cases required hospitalisation, whereas now that figure has fallen to 8 percent, lower than one in every 10.

Health Ministry reports suggest that new infections are being increasingly found in a younger demographic. Whereas in May the average age for detected cases was over 60 it’s currently 47 in men and 50 in women.