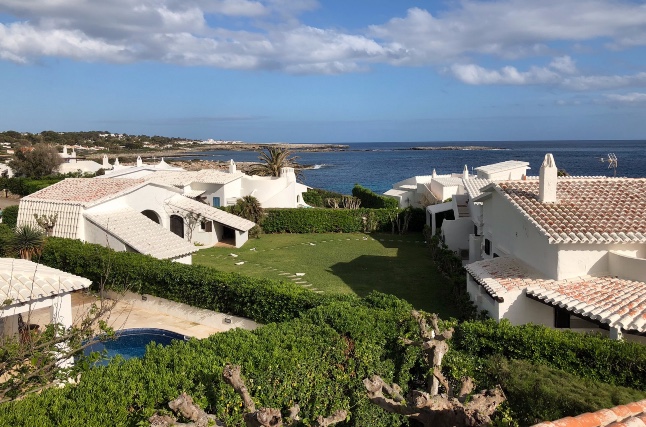 Photo by Elisabeth Agustín on Unsplash

Spain has long been a popular second home destination for British people and many of them, especially retirees, spend many months at a time at their property in Spain, while still maintaining a home in the UK.

Britain's membership of the EU has meant there is no limit on how many months of the year they can spend in Spain. But Brexit is set to change that.

At present we are in a transition period, and people can continue to move freely (allowing for coronavirus-related border restrictions) until that ends.

The transition period is currently agreed to run until December 31st, 2020 (although it may be extended if both sides agree before July 2020) and during that time the EU and UK will negotiate on what the rules for the future will be – in between attempting to negotiate a trade deal and many other aspects of the future relationship.

So everything stays as it is for the next 6 months but after that we don't know what will happen.

This is one of the things still to be negotiated, but it seems likely that the rule will follow one of the models that currently exists for visits between non-EU countries.

Michael Harris from the Spain-based Euro Citizens group told The Local: “The mobility rules for UK second home owners in Spain, who are not residents (and therefore not covered by the EU/UK Withdrawal Agreement), will depend on the freedom of movement clauses of any future agreement between the UK and the EU.

“Until the end of 2020 (the end of the transition period), British second-home owners in Spain have the option to apply for residence status under current EU rules.

BREXIT: 'Health cover and income will guarantee residency for Brits in Spain more than any document'

“If freedom of movement for EU/UK citizens is not provided for in the future relationship agreement, which seems highly likely at the moment, Britons who do not fall under the scope of the Withdrawal Agreement because they are not resident in Spain will probably be subject to a rolling restriction of 90 days in any 180-day period within the Schengen Zone,” he said.

At present the majority of EU countries operate the 90 day rule for people who do not have residency or a work or study visa.

Americans, Australians, Indians and other non-EU nationals in Spain will already be familiar with the 90 day rule – people who are not resident here can spend up to 90 days out of every 180 in the EU (with or without a visa depending on the country you are visiting from) but after that must either apply for residency or a work or study visa.

Over a year you could spend 180 days in total in Spain but not consecutively, you would have to spend time outside the EU (such as back in the UK) in between.

You can do your 90 days as one block or as several shorter trips, but in every 180 days the total number of days must not exceed 90.

It's worth pointing out that the 90 day rule applies to the total number of days for all countries in the Schengen area. So it's no good spending 89 days in Spain then popping over the border to France for a few days, the 90 day clock will only stop ticking once you leave the EU.

Eurocitizens provides an example if these rules are brought in for British second home owners after Brexit.

“Sarah and Paul used to go to their villa in Alicante every Easter from mid-March and stay until the middle of October. Now they can only go from mid-March to mid-June and then they can go back from mid-September for another three months. However, any other time that they spend elsewhere in the Schengen Zone (for business or pleasure) will reduce the length of time that they will be able to stay in Spain.”

The EU offers this Schengen Area calculator to allow you to calculate your stay. It's possible that the UK will seek to negotiate longer access to EU countries such as Spain for its citizens, but any such arrangement would have to be reciprocal and given the UK's hard line on freedom of movement in negotiations to date that may well not happen.

Michael Harris from Eurocitizens says: “On the Freedom of Movement issue in current EU/UK negotiations, it seems that the UK is not in favour of this being included in any future agreement. A recent European Parliament resolution urged the EU and the UK to strive towards a high level of mobility rights in the future agreement and regrets the fact that the UK has so far shown little ambition with regard to citizens’ mobility, which the UK and its citizens have benefitted from in the past.”

Either way, it remains TBC despite several campaigns to allow a 180 day rule that doesn't require people to divide their 180 days into two portions of 90 (so that people could, for example, spend the summer in Spain and the winter in the UK).

So what happens if you overstay your allowed 90-day period in Spain?

Well there are strict rules on visa overstaying, but until now some countries have been more rigorous than others in how they apply them.

Overstaying your welcome can in one of the worst case scenarios result in a fine or deportation. You may also find that your passport gains an 'illegal immigrant' or 'illegal overstay' stamp which is likely to make it very hard for you to re-enter the country (or potentially other countries) at a later date.

But this will all likely become clearer in the coming months.