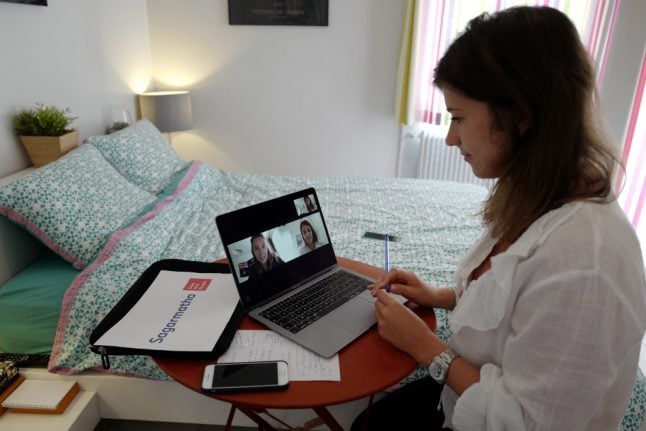 Spain’s Ministry of Labour has presented a draft bill which aims to protect the rights of employees who are teleworking, a figure which has gone from being 5 percent to 36 percent of the country’s workforce since the pandemic began.

The two standout points of the piece of legislation are the “right to flexible hours” and the right to “full compensation for expenses” derived from working from home.

Regarding the working hours clause, Article 13 of the draft bill states that the employee who is distance working has the right to reach an agreement with their employer over the time slots in which they have to be available.

They must still work the same number of hours agreed to in their contracts and they will have to take into account whether the nature of their job requires them to be available and working at a certain time of day, in which the employee’s right to decide their working hours will be hampered.

This is closely linked to another piece of legislation in Spain’s new Distance Working Law (Ley de Trabajo a Distancia): the right to digital disconnection.

The draft bill explains how employers are responsible for guaranteeing a complete digital disconnection from work matters to its workers during breaks and outside of working hours. According to national daily El País, the Spanish government wants to avoid the prevalence of so-called “smart working”, a growing practise which in theory gives the worker more freedoms but in practise means they have to be available to work at all times and all places.

As for the expenses clause in the draft bill, Spain’s Ministry of Labour is calling for all expenses “direct or indirect, relating to equipment, tools and other means used to carry out one’s work” to be covered in full.

This could be anything from a sewing machine, to a new computer mouse or even a piece of software which has to be installed on one’s personal laptop.

What hasn’t been established yet is how these expenses will be reimbursed to employees.

With this draft bill, which now has to be approved in the Spanish Parliament, the country’s ruling left-wing coalition wants to standardise teleworking, a practise which was fairly uncommon in Spain until the global Covid-19 pandemic forced employers to adapt.

This is also included in the bill’s ‘force majeure’ clauses, which state that companies should make the shift to teleworking “as long as it technically possible and reasonable” and that workers have the right to do 60 percent of their work from home due to “extenuating family reasons”, such as children not being in school or through fear of exposing an elderly family member to the virus.

It's also worth noting that the draft bill states that working from home remains a voluntary practice for employees.