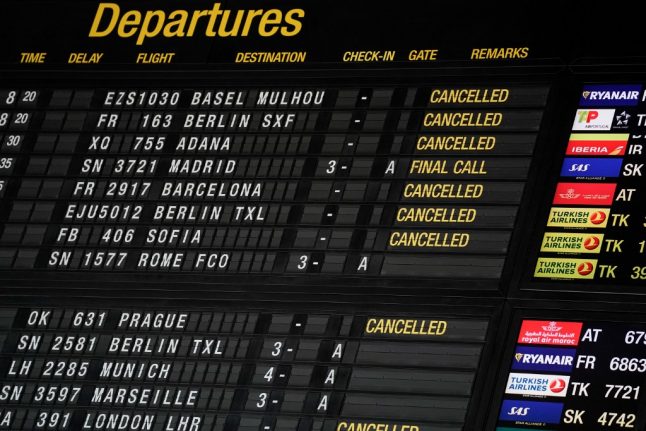 In their letter to the government, Spain’s national ombudsman explains how they’ve received “numerous complaints” from disgruntled passengers who say airlines' “websites have been set up in such a way that it’s impossible to apply for a money refund”.

Other airlines are offering airmiles and other vouchers that don’t cover the cost of the flight as well as carrying out “numerous” other illicit practices, the letter signed by head ombudsman Francisco Fernández Marugán states.

According to industry sources, there are a million flight tickets to and from Spain that were sold and cancelled due to the pandemic.

In late May, the European Commission estimated that Europe-based airlines owed €9.2 billion in cancelled flights.

The country’s commissioner for the state went on to remind Madrid that “the law authorises them to prepare legal actions on behalf of the interests of consumers”.

In fact, Spain’s Consumer Affairs Ministry did announce in early June that it was planning litigation against these airlines for failing to inform travellers about their right to a refund for flights cancelled during the pandemic, but a lawsuit is yet to be filed.

According to Spanish national radio station Cadena Ser, there’s an internal debate raging in the government over how to handle the situation.

Some officials are committed to allowing airlines to issue one-year flight vouchers to affected passengers so that they don’t have to deal with the reimbursements now, whereas others argue that if the airlines need the money to pay passengers back they should request credits from the country’s Official Credit Institute (ICO, part of Spain’s Ministry of Economic and Business Affairs).

Several European airlines including Air France, Germany’s Lufthansa or Holland’s KLM have receive state aid during the Covid-19 crisis due to the huge losses and debt they’ve incurred.

Spanish airlines’ requests for financial support from ICO have so far not been met in most cases, and for those that have received credit the funds have been labelled as “insufficient”.