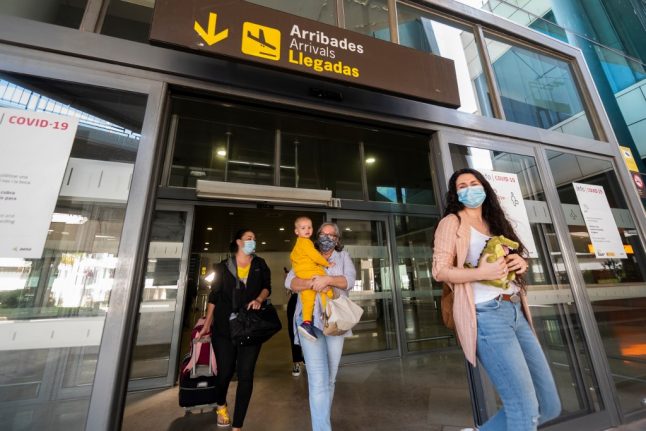 Transcontinental non-essential travel to Spain from outside of Europe has been given the green light by the Spanish government for June 30th, following the EU’s recommendation for member states to gradually reopen their borders from June 15th onwards.

Tourists from the USA and Canada, Latin America, Africa, Oceania and Asia will in theory be able to book their holidays to Spain from that day, although the announcement published in Spain's daily government bulletin states that restrictions on holidaymakers from outside of the EU and Schengen area have been extended until midnight on June 30th rather than explicitly announcing that international tourism is fully restarting.

The news comes two days after Spain opened its borders to tourists from all other Schengen and EU countries as well as the UK, without the previous requirement for new arrivals to spend 14 days in quarantine.

The only exception is neighbouring Portugal, for which the land border will remain closed until July 1st.

Spanish Interior and Foreign ministries sources told El País that the government had not yet made a distinction between all non-Schengen countries but that regular routes would be re-established with countries that have new Covid-19 infections under control.

“Japan and South Korea are not the same as Brazil,” a government source is quoted as saying.

Spain has previously changed its mind on its post-lockdown travel restrictions, initially setting July 1st as the date for EU tourism to begin and then bringing it forward to June 21st following pressure from Brussels.

The question of travel between Spain and the American continent is perhaps the most complicated.

The US has had more than 2.2 million Covid cases and 120,000 deaths; but in 2019 some 3 million US tourists visited Spain and the country is one of the biggest foreign investors in the Spanish economy.

Then there’s Latin America, considered the new epicentre of the pandemic, but one with strong cultural and historical links to Spain.

Two of the most recent outbreaks in Spain have stemmed from the arrival of returning residents who had spent time in Brazil and Bolivia.

Tourists from some of the worst-hit countries in Latin America are likely to be among the last to be granted travel access by the EU.

The only third-country nationals of the European Union who can travel to Spain before June 30th are legal residents who are going to their place of residence in Spain, long-term Spanish visa holders and cross-border workers, health or care home workers returning to work, logistical workers, military personnel, diplomats and consular personnel, NGO workers, and those who have to travel for imperative reasons.