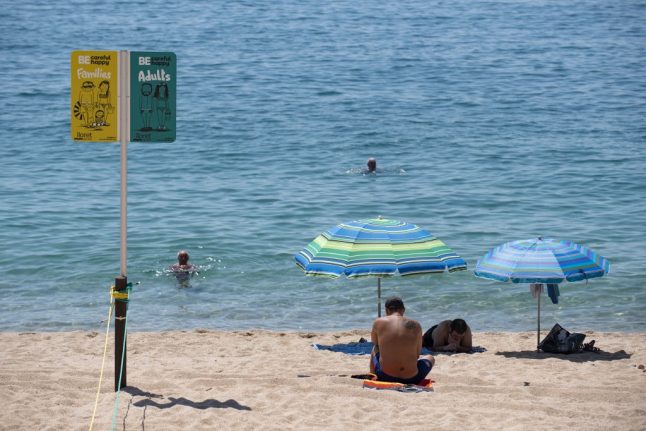 AFP
After 14 weeks of lockdown measures, including several extensions requested by Pedro Sanchez, the ‘state of alert’ in Spain is finally over.
The local, national and international world we inhabit has changed, along with our behaviour and attitudes.
With appropriate caution, Spain and its residents are opening for business again.
Despite considerable economic damage and future economic threats, the Spanish government is taking things slowly.
Demands from business and industry, especially the tourism sector, must be weighed against the serious health risks of a second Covid spike.
The “new normality” is a far cry from the old normality, but the air of caution is welcomed by many people. While various restrictions have been removed – especially concerning our mobility – many health and safety measures still apply, such as the wearing of face masks.
READ ALSO: The end of mobility restrictions will see the biggest change to our lockdown habits, as visitors travel across regional and national borders for the first time in months.
The biggest grey area is travel arrangements between Britain and Spain. After the Spanish government announced that its borders would open to visitors from EU countries, people wondered if the UK – currently half-in and half-out of the EU – would be included.
An announcement from the Embassy in Madrid to British residents in Spain confirmed that this was the case.
There was then the issue of UK quarantine measures, which the Spanish government would likely reciprocate for British travellers to Spain.
Last week saw talk of an ‘imminent’ decision over an ‘airbridge’ – a reciprocal arrangement between the two governments, avoiding the need for quarantine arrangements.
A decision on the proposed airbridge was eagerly anticipated for several days. On Saturday, the new arrangements were finally announced by Foreign Minister, Arancha González Laya.
'Let’s hope that if they do come, they follow the guidelines'
When the decision came, it was unilateral on Spain’s part.
A quarantine for travellers to the UK is still in place, affecting returning Brits, but will be reviewed shortly. Considering the criticisms of the UK quarantine measures – implemented too late in the Covid crisis – and the demands from the business sector to reopen the country, it seems unlikely that the UK’s quarantine measures will last beyond their three-week review.
British holidaymakers and approximately 400,000 second-home owners can now visit Spain, without the need to quarantine at this end.
They must provide contact details, advise about any exposure to Covid, and undergo temperature and physical health checks.
The news that Brits can now visit Spain has been greeted with mixed emotions. Spanish residents who were trapped against their wishes in the UK during lockdown will be desperate to return home.
Meanwhile, those of us separated from family in the UK will be weighing the risks of planning any visits between the two countries.
For many people, it is a double-edged sword. We have gone through the challenges of the last 14 weeks and the lockdown measures have worked – the crisis is almost over, at least for now.
Despite the terrible death toll that occurred here in Spain, new cases and fatalities are now at low levels. The same cannot be said for the UK. The thought of importing further cases – as recently happened in New Zealand – is a scary one.
It remains to be seen if hordes of Brits will brave travelling to other countries, especially when the British Foreign and Commonwealth office are still advising against all but essential international travel.
I will be keeping a safe distance from any visitors from out of town. Whether we’re at greater risk from visitors from London or Manchester than from Madrid or Barcelona remains to be seen.
If I could keep them all away from this wonderful seaside village I call home, I would be very tempted, but despite the risk, we need the tourists.
For better or worse, that means British tourists too. Let’s hope that if they do come, they follow the guidelines for all our sakes.