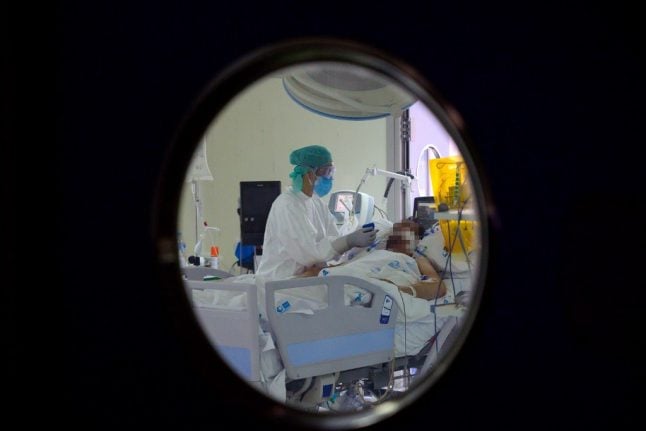 As Spain tentatively entered its period of so-called new normality on Sunday June 21st, signalling the end of more than three months of state of emergency, several outbreaks across the country are causing some to question whether the end of deconfinement has come too soon.

Three districts in the Aragonese province of Huesca have had to be placed again in Phase 2 of the de-escalation plan as a result of 25 new infections.

An outbreak at a fruit and vegetable company preceded by another one at a house party have forced the predominantly rural areas of La Litera, Cinca Medio and Bajo Cinca to take two steps back in the de-escalation plan, which will mean a return to Phase 2’s 50 percent capacity at their local bars and restaurants and no cross-regional travel, among other measures.

Spanish Health Minister Salvador Illa has admitted that this is currently “the most worrying of the outbreaks” in Spain in the last few days as “there has been mobility” among those infected and the area has recently seen a population influx of 3,000 as seasonal workers have been brought in to harvest the fields.

Illa did clarify that Huesca health authorities had acted quickly and thoroughly , and that a “special follow-up” plus a return to Phase 2 should be enough to control the spread.

In all, there have been 11 new outbreaks in Spain in recent days. Of these 141 new cases confirmed by Spain’s Ministry of Health on Monday, 33 were recorded in the region of Aragon where Huesca is, 32 in Madrid, 23 in Catalonia and 12 in the Canary Islands, the latter stemming from the arrival of a migrant boat from sub-Saharan Africa.

In Spain’s south-eastern Murcia region, local health authorities are monitoring an outbreak of new Covid-19 cases linked to a person who arrived from Bolivia, which has caused at least 11 infections since Wednesday June 17th.