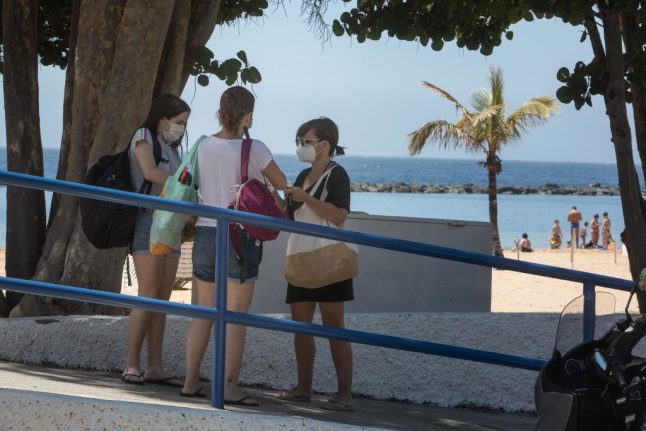 When does it start?

Spain’s state of emergency will end on Sunday June 21st and on Monday June 22nd the country will begin its period of “nueva normalidad”, as the measure approved by decree on Tuesday by the Spanish Cabinet has been dubbed.

How long will the ‘new normal’ last for?

Technically an end date hasn’t been set in stone yet.

Spanish Health Minister Salvador Illa announced that the decree will be in place until the government declares “that the crisis is over,” in other words until the health epidemic is under control or there is an effective treatment or vaccine against Covid-19.

Latest international estimates point to a vaccine being provided for the general public at the earliest in 2021.

Will the ‘new normal’ start on June 21st across all of Spain?

Yes, even in cities like Madrid and Barcelona where higher-than-average infection rates have kept residents a phase behind the rest of the country.

According to the government, they will go directly from Phase 2 to the ‘new normal’, without having to first endure Phase 3.

How is the ‘new normal’ different from Spain’s de-escalation phases?

The most important measure that will be kept in place after June 21st is that face masks will still be compulsory in public places where social distancing between people can’t be observed.

The new safety distance will be of 1.5 metres rather than 2 metres.

Those who don’t wear a mask in enclosed spaces or on public transport will face fines of up to €100.

The decree also opens up the possibility of punishing non-face mask usage in open spaces, although the application of these penalties and measures will be up to regional authorities to decide on.

“In the new normality there is no central control,” said Spain’s Health Minister Illa on Tuesday.

“Regions in Phase 3 already have the power to lift the state of alarm when they consider it fitting.”

Under the ‘new normal’, technically all public spaces and business activities will restart in Spain, but with the necessary hygiene and social distancing measures in place.

Local authorities are likely to limit the attendance capacity of places that are often crowded during summer such as beaches. Nightclubs will be allowed to reopen but dancing won’t be allowed.

Spain’s football leagues will restart on Thursday June 11th but without any fans in the stadiums and it still remains unclear when larger events such as music festivals will be allowed during the ‘new normal’.

From June 22nd, all travel within Spain’s 17 autonomous communities will be allowed, unless a serious new outbreak in a particular region were to mean that restrictions had to be put in place there.

Under Phase 3 of the de-escalation plan, running from June 8th to June 21st, travel between the provinces that make up a region is allowed in some autonomous communities.

As for international travel, Spain along with most countries in the EU and Schengen area will open their borders to non-essential travel from June 21st – brought forward from the original date of July 1st.

Spanish authorities are yet to confirm when travel from outside of the EU to Spain will be allowed.