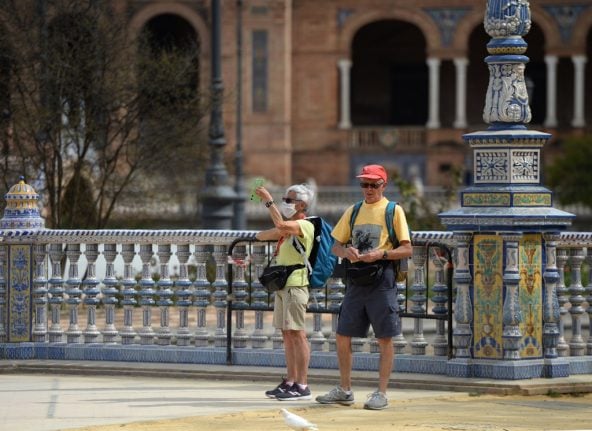 When can I fly to Spain?

You can travel to Spain before June 21st if you’re a Spanish national, resident or worker, cross-border worker with business activities in Spain or a member of an organisation which has come to help with Spain’s Covid-19 handling.

However, you will be expected to undergo a quarantine period of 14 days once you arrive.

From June 21st , travel restrictions and quarantine will be lifted for foreign visitors to Spain, the official date on which international tourism restarts, but only for visitors from other EU nations (the initial date set was July 1st but Pedro Sánchez's brought it forward to June 21st on Sunday June 14th).

Spain’s border with Portugal will remain closed until July 1st.

The European Commission has asked all member states and Schengen area countries to open their borders by June 15th.

Regional authorities in Spain, which actually have the freedom to open their borders to international travel during Phase 3 of de-escalation, have overwhelmingly decided not to do so.

The only region in Spain which has confirmed it will welcome foreign tourists before June 21st are the Balearic Islands, who reached an agreement with the German government for 10,900 tourists (revised up from an initial 6,000) to spend their summer holidays in Mallorca, Menorca and Ibiza from June 15th.

Spain’s other main archipelago – The Canary Islands – are also willing to bring forward the arrival of foreign visitors to mid-June but authorities there want it to become compulsory for tourists to undergo a PCR test before leaving the airport, a measure the country’s Tourism Minister Reyes Maroto has said her government is “open” to making a nationwide requirement.

What about travel within Spain?

The country will end its state of emergency at midnight on June 21st (the region of Galicia on June 15th) which will signal the end of the de-escalation plan (in place since early May) and the resumption of travel between regions.

Spain is slightly behind other EU member states in terms of allowing cross-regional travel; in France it was lifted on June 2nd and Italy even opened its borders to foreign visitors on June 3rd.

The autonomous communities that allow travel between provinces starting on Monday June 8th are as follows:

Madrid, the Valencian region and Castilla y León entered or remained in phase 2 on June 8th, meaning travel between provinces will not be allowed there until June 21st when the state of emergency ends across the country, unless they move into Phase 3 before then.

In Catalonia, residents can move between the low-risk areas of Camp de Tarragona and Terres de l'Ebre. The Alt Pirineu i Aran area, also in phase 3, remains an independent territorial unit within Catalonia as it is surrounded by areas that still remain in phase 2.

In Castilla-La Mancha, travel between Guadalajara and Cuenca, the only provinces that are in phase 3, will be allowed. What measures have been confirmed at Spanish airports?

Visitors to Spain will have to provide health information and contact details on a “Passenger Location Card” which is usually filled in before boarding or on the flight itself.

Passengers will have their temperature checked on arrival through thermal cameras and/or infrared thermometers held in front of their foreheads.

As of June 21st, visitors to Spain will not have to undergo quarantine or testing unless they show symptoms.

What about tourists from the UK and Ireland?

The arrival of British tourists to Spain – 18 million of whom visited the country in 2019 – is still very much up in the air.

The Spanish government has said it won't consider a travel corridor with the UK, preferring instead a common EU criteria when it comes to tourism agreements.

The need for reciprocity has complicated the chances of a deal even further as the United Kingdom imposed a 14-day quarantine on foreign visitors on June 8th, with the first review of the measure on June 28th, a weeek after Spain opens its borders.

UK tourism sources have said travel corridors allowing unrestricted movement with a number of countries (including Portugal) would open from June 29th, but the British embassy in Spain has said this isn’t part of the Spanish government’s plans.

Regarding Ireland, which isn’t part of the Schengen area, the country’s own travel restrictions are unlikely to allow their population to travel to Spain during most if not all of July.

Ireland’s 4.9 million inhabitants are unable to travel more than 20km from their homes until July 20th (and currently it’s only 5km).

This is despite the fact that flagship Irish carrier Ryanair will restart 50 percent of its flight routes in July across Europe.

“The position we would like to get to, later in the year, hopefully later in the summer, is being able to travel point to point between Ireland and other countries where the virus is successfully suppressed like Portugal and maybe Greece,” Irish Prime Minister Leo Varadkar has said, without mentioning Spain.

When can I fly to Spain if I’m not in Europe?

The general consensus among EU member states is that before transcontinental travel is allowed, European countries have to first find out if they’ve been handling freedom of movement on the continent correctly without any new outbreaks resurfacing.

Similarly, many countries around the world including the United States most Latin American nations, (many of which are currently dealing with higher transmission rates than Europe) are keeping their travel bans in place until after July.

The situation is of course evolving on a day-to-day basis and will depend on each country and the specific agreements they reach with the Spanish government.