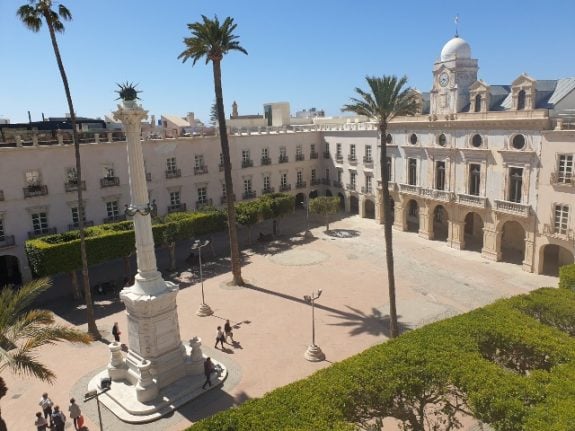 Almería in southeast Spain is the cheapest city to visit in Spain in terms of accommodation. Photo: Wikipedia

After more than three months of lockdown and restricted movement, most of Spain’s 47 million inhabitants are itching for a holiday, as are the hundreds of thousands (and eventually millions) of foreign visitors who will get to enter the sun-drenched country from July 1st.

But the repercussions of Spain’s all-important tourism industry grinding to a halt will leave their mark on people’s wallets, something that’s already become clear to many residents who’ve found the price of coffee or beer at their local hiked up post-lockdown.

Price comparison website Rastreator has carried out a study into this, using six variables to ascertain whether cities in Spain are now cheaper or pricier.


The most expensive Spanish cities to visit this summer

According to Rastreator, Palma de Mallorca (+39 percent), Cádiz in southern Andalusia (+30 percent) and Tarragona in Catalonia (+25 percent) are the cities in Spain where prices have gone up considerably and are comparatively most expensive now.

A week’s stay in Mallorca’s capital is 41 percent more expensive than the national average.

The average price to enjoy seven nights in a 3-star hotel in the Balearic capital is €719, 42 percent above the Spanish average. Palma is followed by Cádiz (€100 per night), Gijón (€85/night) and Tarragona (€77/night).

Palma (pictured below) is also the most expensive city to go out for dinner at a restaurant in the city centre – €53 for a dinner for two, 22 percent above the average in Spain.

Cádiz ranks as the city with the highest price for a seven-day car rental: €235 euros, 68 percent above the average. The cheapest cities to visit in Spain this summer

The cities where prices have fallen the most as a result of the coronavirus crisis are Alicante (-11 percent), Madrid (- 6 percent) and Malaga (-4 percent).

However, the Andalusian city of Almería is the cheapest city overall for overnight stays.

A 7-night stay in a central three-star hotel costs an average of €508 although the average cost for a week-long stay in coastal city is €314 euros (around €44 euros per night), 38 percent below the national average.

Almería is followed by Madrid (€51.5 per night), although hotel costs in the capital usually go up in the month of August, Alicante (€60 per night) and Barcelona (€65 per night).

Alicante is also the cheapest city on the list for car rental, 75 percent less expensive than the national average, around €35 for 7 days if the pick-up and drop-off are at the airport.