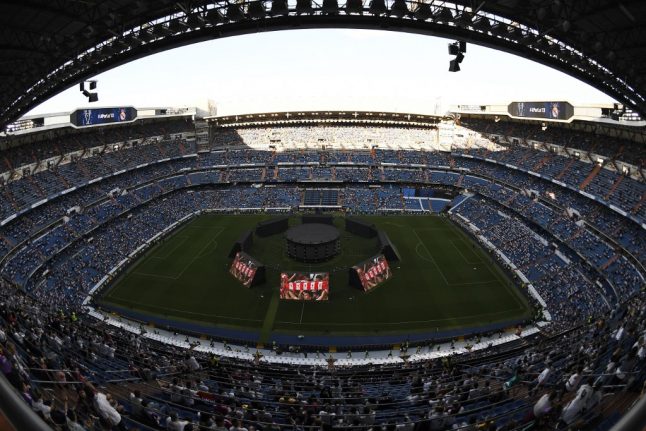 The fixture was due to be played at the Ataturk Olympic Stadium in Istanbul on May 30 before the Champions League was postponed in March with only half of the last 16 completed.

The final last season between Liverpool and Tottenham was held at Atletico Madrid's Wanda Metropolitano while Real Madrid's Santiago Bernabeu hosted the 2010 decider between Inter Milan and Bayern Munich.

“I know steps are being taken in this regard and on behalf of the city council, I want to show my total and absolute support for the Champions League final being held in Madrid,” mayor Jose Luis Martinez-Almeida told Spanish television channel Trece late on Monday.

Spain has been able to bring the coronavirus under control in recent weeks and Madrid moved into phase two, the penultimate stage of the government's de-escalation programme, on Monday.

But overall there have been more than 27,000 deaths caused by Covid-19 in the country.

“I think hosting an international event like the Champions League final is very important but especially in these circumstances,” Almeida added.

“What it would demonstrate is Madrid's ability to recover in a very short time from the dramatic situation we have been through.”

Almeida added “adequate security conditions exist, we have the infrastructures and public services to host it and it would send a message to the world that Madrid, despite what we have experienced, does not give up and
is back.”

UEFA is yet to confirm how or if the tournament will continue, with an update expected after the governing body's executive committee meeting on June 17.

Neither of the city's two teams — Benfica and Sporting Lisbon — are in the competition and both of their grounds are capable of hosting top level matches, while most virus restrictions will be removed this month.

Domestic leagues like La Liga in Spain and the Premier League in England are due to finish in July, allowing the possibility for European competitions to resume the following month.