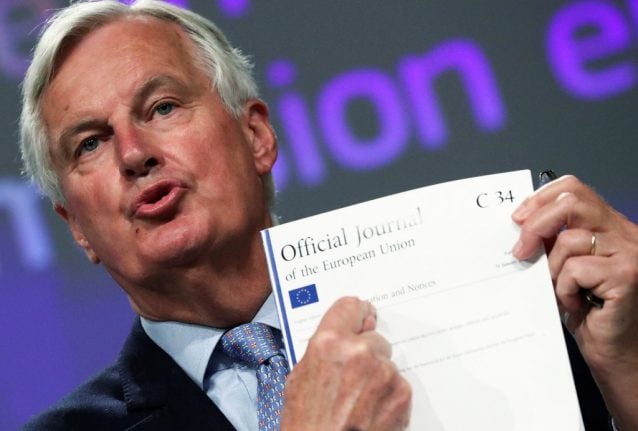 Throughout the trade negotiations, EU chief negotiator, Michel Barnier, has told the UK some home truths. These include no membership benefits for non-members, no cherry-picking and no bending EU rules. Ahead of the latest talks, Barnier also reminded prime minister, Boris Johnson, of the commitments he made when signing the Withdrawal Agreement in 2019.

Specifically, Barnier told Johnson he must keep the promises of the Political Declaration (PD). The document, while not legally binding, clearly defined agreed goals for the future relationship between the UK and EU. Those commitments include maintaining a level playing field with the EU on standards, and an agreement about accessing British fishing waters.

Barnier stated: “We remember very clearly the text which we negotiated with Boris Johnson. And we just want to see that complied with, to the letter.” He went on to say: “If that does not happen, there will be no agreement.”

Before the talks had begun, the UK responded, without a hint of irony, that progress had not been made “because of the inflexible attitude shown by Mr Barnier”. A source close to lead negotiator, David Frost (below), said: “The EU needs to inject some political reality into its approach and appreciate that they cannot use their usual tactic of delay to drag the talks into the autumn. October is too late.” On Tuesday 2 June, the talks began using video conferencing links. While enabling discussion, social-distanced negotiations are no substitute for face-to-face meetings. There’s little opportunity to observe body language and no informal chats over a coffee or something stronger. It is frequently during these informal discussions that progress occurs.

Before the first day of talks concluded, Downing Street dismissed speculation that the UK was preparing to compromise. They called such speculation “wishful thinking”. Meanwhile, the First Minister of Scotland, Nicola Sturgeon, warned the UK government it would be “deeply irresponsible and reckless” to risk a no-deal. Following this week’s negotiations, that risk seems higher than ever.

At Friday’s press conference in Brussels, a clearly irritated Barnier announced there had been “no significant areas of progress” in this fourth round of talks. He drew attention to the PD, which he held up for the cameras, and accused his British counterparts of distancing themselves from the text. He said: “It is and will remain the only valid precedent in this negotiation, and it was agreed by both sides.” He asked that the PD be “respected and complied with” and reiterated that the joint PD clearly sets out the “terms of our future partnership”. He added: “This document is available in all languages, including English. It's not difficult to read.”

Concerning citizens’ rights, Barnier said the rights of EU citizens in UK and UK citizens in EU must be preserved. He pointed out that UK nationals living in the EU will receive a physical document, confirming their proof of status. The demand for similar proof for EU citizens in the UK is an ongoing issue.

In response to Barnier’s comments, the chief UK negotiator, David Frost, said that “positive” negotiations would continue but admitted that “progress remains limited”. British negotiators seem to be averse to compromise, maintaining that the EU’s call for “level-playing commitments”, which it insists are required for market access, surpass what has been expected of other countries.

Barnier expressed hopes that an agreement could be reached and said both sides would take stock, ahead of a European Summit in June and a meeting between Boris Johnson and Ursula von der Leyen, President of the European Commission.

The UK government remains firmly set against any extension to the transition period, regardless of the Covid crisis and despite Barnier’s comments that “our door is open” to a one or two-year delay. With time running out, demands for a delay are now coming from every quarter.

The Westminster government seems less concerned about leaving with no trade deal than the devolved governments, businesses and the majority of the British public. Many people argue that leaving with no deal has been the goal of the UK government all along. Whatever you believe, it’s hard to disagree with Barnier when he says: “We can’t go on like this forever.”

The world is going through the worst crisis in decades. The cost to wealth and health can only be estimated, but it will surely be worse than anything we’ve experienced in our lifetimes. A no deal Brexit, while harmful to Europe, would be considerably more damaging to the UK. Why suffer the additional pain of a second economic crisis when we’re recovering from the first?

Brexit is happening. Nothing can change that. Let’s do Brexit as well as possible by obtaining the best deal – to protect jobs, standards and citizens.

This is not just about getting the best deal with Europe. The UK wants good deals globally. That’s more likely to happen if the British government keeps its word. Trust takes a long time to establish but can be destroyed in a moment.

We must believe that Johnson signed up to the Political Declaration in good faith and aware of its contents and ramifications. Those standards – employee rights, food safety, animal welfare, the environment etc. – took considerable time and effort to achieve. The UK and the EU can rightly be proud of these standards, and Johnson agreed to maintain them. We must hold him to his promises. Our future depends on it.