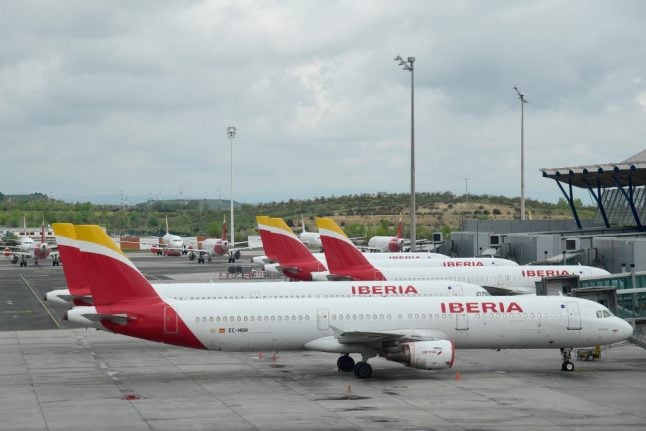 A day after the consumer affairs ministry said it would take legal action, the Spanish carrier hit back.

“Iberia and Iberia Express inform customers clearly about their rights,” it said.

Under European law, when a flight is cancelled, passengers must be offered  an alternative flight or a refund. The refund may be voucher, but only if the customer consents, the European Commission clarified last month.

“Shortcomings in the information provided on customers' rights following the cancellation of flights,” led to  the legal action, the ministry said.

“The misleading omission of information by airlines in offering vouchers (as the only option) constitutes unfair trading involving a clear lack of consent as well as a breach of the law,” a statement said.

Iberia said it was “bewildered” by the allegations and denounced the “very damaging effects” of such a move on both its reputation and “financial ability to overcome the current paralysis”. “Refunds are always possible. This option has been clearly offered to our customers,” Germany's Lufthansa told AFP.

“But it must be understood that refunds are not being paid out within the normal timeframe,” it said.

The refund issue has become a political hot potato in the European Union.

At the end of April, 12 European states including France — but not Spain — asked the bloc to suspend the law requiring airlines to offer full refunds for flights cancelled due to the crisis.

But the Commission said airlines must offer refunds and cannot force passengers to accept vouchers, while suggesting they incentivise vouchers as a way to support the hard-hit tourism sector.

French consumer rights group UFC-Que Choisir also said in May it would file a legal complaint against 20 airlines for failing to reimburse customers for cancelled flights.

With the near freezing of international traffic, airlines face an unprecedented financial crisis. Industry body Airlines for Europe (A4E) says €9.2 billion ($10.3 billion) had been lost in unused tickets by the end of May.