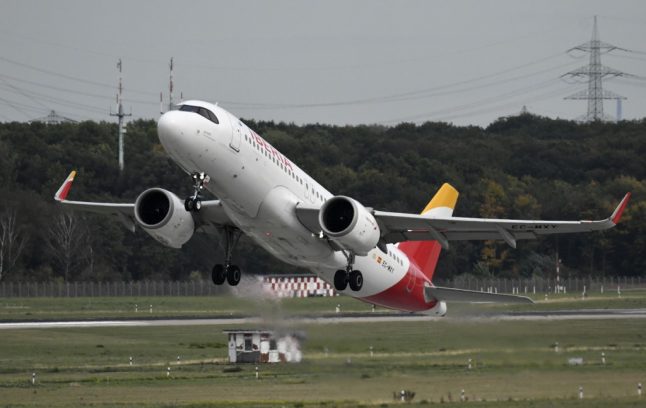 “Starting on July 1st, Iberia will gradually resume its short and medium-haul flight programme,” the company said in a statement.

“The airline is also prepared to resume long-haul flights as soon as conditions allow and quarantine and travel restrictions are lifted in the countries served by Iberia,” the statement said.

In July and August, Iberia, Iberia Express, and Iberia Regional “will fly to at least 40 and 53 destinations, respectively, with a total of at least 194 return flights per week scheduled in July, and 359 in August,” the carrier said.

“This amounts to just 21 percent of normal seat supply on the short- and medium-haul network, which may rise to 35 percent as demand increases.”

They will also resume flights to six destinations in the Canary Islands (Tenerife North and South, Gran Canaria, Lanzarote, Fuerteventura and La Palma) and three in the Balearic Islands (Mallorca, Menorca and Ibiza).

As for Iberia flights to Europe, the Spanish airline will fly to 15 destinations in July (Athens, Brussels, Dubrovnik, Geneva, Lisbon, London, Milan, Munich, Porto, Paris, Rome, Stockholm, Venice and Zurich, as well as Dakar in Senegal).

The news comes just days after Ryanair announced it would ramp up flights to 40 percent of its normal schedule from July 1st, including flights to “key holiday airports” in Spain, Portugal, Greece, Italy and Cyprus.

Spain announced on Monday it would lift its 14-day quarantine for international arrivals in July, allowing foreign holidaymakers to start booking their summer holidays in the sun-drenched country.

Iberia suspended the vast majority of its services when Spain went into lockdown in March.

Spanish media said that it subsequently placed 14,000 employees on part-time hours, but the company declined to confirm the number.

Iberia belongs to the International Airlines Group (IAG), which also owns British Airways. IAG is planning to axe 12,000 jobs or around 30 percent of its workforce.

The airline sector is one of the industries hardest hit by the coronavirus pandemic.