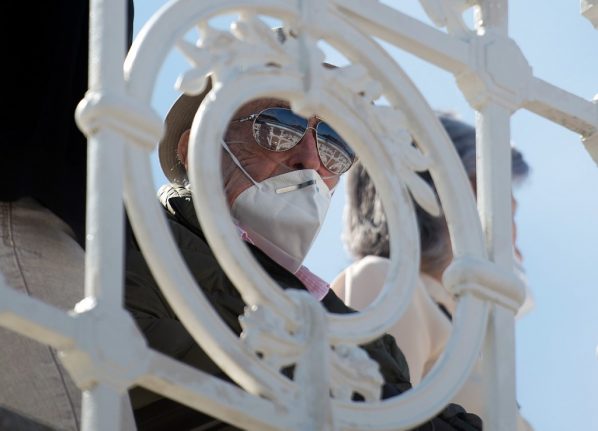 A man in a mask peers out at San Sebastian's La Concha beach. Photos: AFP

The vocabulary of the coronavirus epidemic has changed subtly.

It seems just a few weeks ago that the word lockdown was a daily obsession, but this has now been replaced by quarantine.

In an effort to safeguard public health as they eased lockdown restrictions, some governments across Europe imposed quarantines on foreign visitors.

Earlier this month, Spain said new arrivals would have to self-isolate for 14 days, in order to reduce the threat of a second outbreak.

The quarantine was imposed for health reasons but also because a government official argued it would be anomalous for Germans to travel to second homes in Majorca if Spaniards were banned from moving around their own country. Domestic tourism will not start until July at the earliest.

Then just a week later, in a televised address to the nation, the Spanish prime minister Pedro Sánchez told Spaniards that from 1st July, the same quarantine would be lifted. Officials in Spain's tourism ministry were upfront about why this was happening when I spoke to them.

“This is a clear message to the British tour operators that we are open for business, so that they can plan for holidays here,” one told me.

Who can blame the Spanish?

In a country where tourism accounts for over 12 percent of GDP and 12 percent jobs depend on holidaymakers arriving every year, tourism is a desperately important part of the economy.

Over 80 million tourists spent their holidays in Spain last year, 18 million of which were Britons, who make up the largest market by nationality.

Sánchez, like every other world leader, has the impossible task of juggling public health imperatives while trying to keep the economy alive.

Hence he has gambled on lifting the quarantine, as long as there is no resurgence in the virus. For the likes of you and I, however, quarantines have become the stuff of our daily conversations for a different reason.

After months cooped up, millions of us are half-thinking, half dreaming, of escaping our homes for – whisper it quietly – a summer holiday. Remember those?

The snag is if different countries impose quarantines at different times, this makes taking a holiday abroad a little problematic to say the least.

Take Britain, for example, where a quarantine will be imposed from 8th June and reviewed every three weeks.

Anyone arriving in the UK will have to self-isolate for 14 days. Anyone flouting this will face fines of GBP 1,000.

So who is going to travel to Britain while that is operational? Does staying in a hotel for two weeks appeal? I doubt it.

And what about the British tourists who would love to lap up a bit of Spanish sun? How can they book up holidays without knowing if they will have to go into isolation when they return?

Two cousins of mine who live in Scotland booked trips to the Canary Islands earlier this year – pre-Covid-19. They are due to travel in July.

Now neither is sure if they can go because if things remain the same, they will have to self-isolate when they get back. That will mean taking, in effect, a month off work. How many companies can really sanction that in the present climate?

Then there is the added worry of sitting on a packed plane and spending two weeks in a hotel which may or may not be safe. Given all these factors, most will decide to claim back the money or delay the holiday.

As I write this, tour operators in Britain have launched a campaign to force the UK government to lift this quarantine – or there will be no summer season.

This will not just ruin summer holidays, of course.

Jobs have already gone. Easyjet announced today it will be forced to cut almost a third of its European workforce – some 4,500 people – and doubtless more will follow.

As things stand, there is the real possibility that other countries, where quarantines do not exist, like Germany, will allow its citizens to travel to Spain, while the British are stuck at home.

However, beyond these harsh economic realities, the Q word seems important to us for a deeper reason.

More than a government regulation, it represents a psychological barrier to rediscovering that normal life which we used to take for granted just a few months ago.

Except for a very few centenarians who survived the Spanish flu after the First World War, none of us have ever lived through a pandemic.

Being told how we can move about our daily lives has been alien to us. In the age of cheap flights booked at the last minute, travel had until now been easy. We took it as a right.

So after millions of us have abided by the lockdown rules for months, the chance of savouring travel once again, seems to some people very attractive.

Quarantines have been imposed for very good reasons which we can all understand.

At the same time, they also stand as a block to that sense of freedom which now seems so precious. 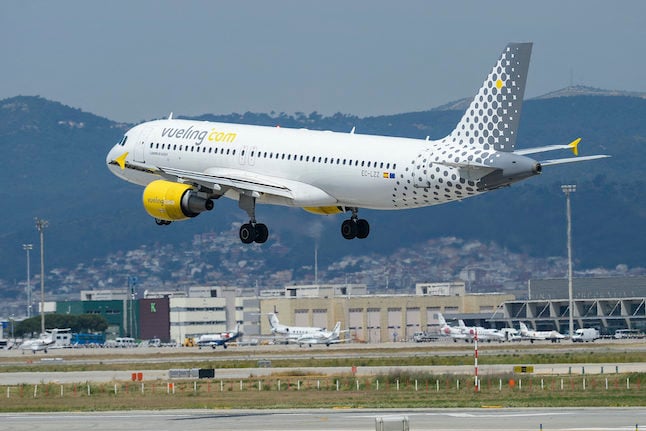 It looks like 2023 is going to be a good year for travel if you live in Spain as there are many new transport routes, reaching cities across the country. While some are entirely new routes, others will be starting up again after stopping during the Covid-19 pandemic.

READ ALSO: Everything that changes about travel in Spain in 2023

Brittany ferries will be opening up and selling its routes to Spain from March 2023.

Iryo – From March 31st 2023, the new high-speed rail operator Iryo which launched in November 2022, will start running trains from Madrid to Seville, Málaga, Córdoba and Antequera in the southwestern region of Andalusia. And on June 2nd, it intends to launch its route to the eastern coastal city of Alicante (via Albacete).

Ouigo, another high-speed train network, also plans on extending its network in 2023 and towards the end of the year will offer round trips to Seville, Málaga, and Córdoba from Madrid.