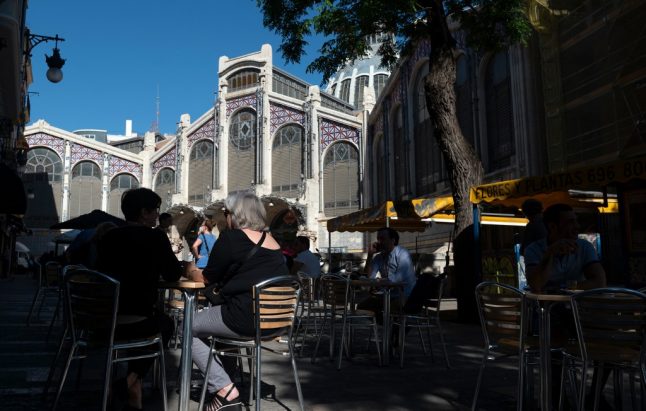 Madrid, Barcelona and the parts of Castilla y Leon that had been held back in the de-escaltation process have all been given the green light to advance to Phase 1 in Spain's “Plan to Transition to the New Normal”. Here's a guide to what you can and can't do during Phase 1, bearing in mind that restrictions are looser in those towns with a population fewer than 10,000 people.

During Phase One, social contact between people who live in the same municipality and who are not considered to be in a vulnerable or at risk group will be allowed to meet.

However the meetings will be restricted to ten people maximum and can occur either in a public place such as a terrace or in a private home or garden where social distancing measures must be met.

READ MORE: Q&A What are the rules for meeting friends during Spain's Phase 1? During Phase Zero, business with premises under 400 metres were allowed to open by appointment only to deal with customers on a one to one basis, this was relaxed further for Madrid and Barcelona last week when they entered Phase 0.5 to allow up to a third of the usual number of clients to enter at any one time as long as they can guarantee social distancing and hygiene measures.  The premises must be disinfected twice a day.

This will continue in Phase 1.

Establishments should set aside dedicated time slots specifically for elderly customers to avoid those more vulnerable to covid-19 from coming into contact with other groups.

Resaturants, bars and cafes will be allowed to open their terraces for customers as long as they keep to 50 percent of the usual capacity – that means allowing more space between tables and that groups are no bigger than 10 people. Tables must be disinfected between customers.

Hotels, hostels and tourist accommodation will be allowed to open for overnight stays although they will have to keep communal areas such as dining rooms and gyms closed.

These will be allowed to open and hold services as long they reduce usual capacity to 30 percent. Museums and exhibitions spaces will be allowed to open at a third of capacity ensuring hygiene and social distancing measures are observed and that crowds are avoided.

Those held inside are limited to under 30 people, seated and at the maximum of a third of the capacity of space.

While those outside can involve a maximum of 200 people as long as they too are seated.

During lockdown funeral services may be held with “a limited amount” of mourners. Wakes can be attended by up to 15 people if held outside, and providing social distancing is observed between those from different households, while up to ten people can gather if it is held indoors.

Burials are also limited to 15 people in attendance. Open air sports facilities will be opening during Phase 1 but only for those sports that don’t involve physical contact such as tennis or athletics.

Gyms will be open for training sessions by private appointment but changing rooms will not be in use.

Public swimming pools will not open in Phase 1.

Spain currently has a timetable in place determining when different groups can take their exercise outside. This is to protect the must vulnerable groups in the population and to try and prevent overcrowding.

These will continue to be in place during Phase 1, although regional governments have been the authority to adapt the timetable to take into account the warmer weather so as to allow children to avoid taking an outing in the hottest part of the day. Things you CANNOT do in Phase 1

You are not allowed to travel outside your province.

Check your local council website as to what parks, beaches and public spaces are open.

These rules are slightly different if you live within a municipality with a population below 10,000.